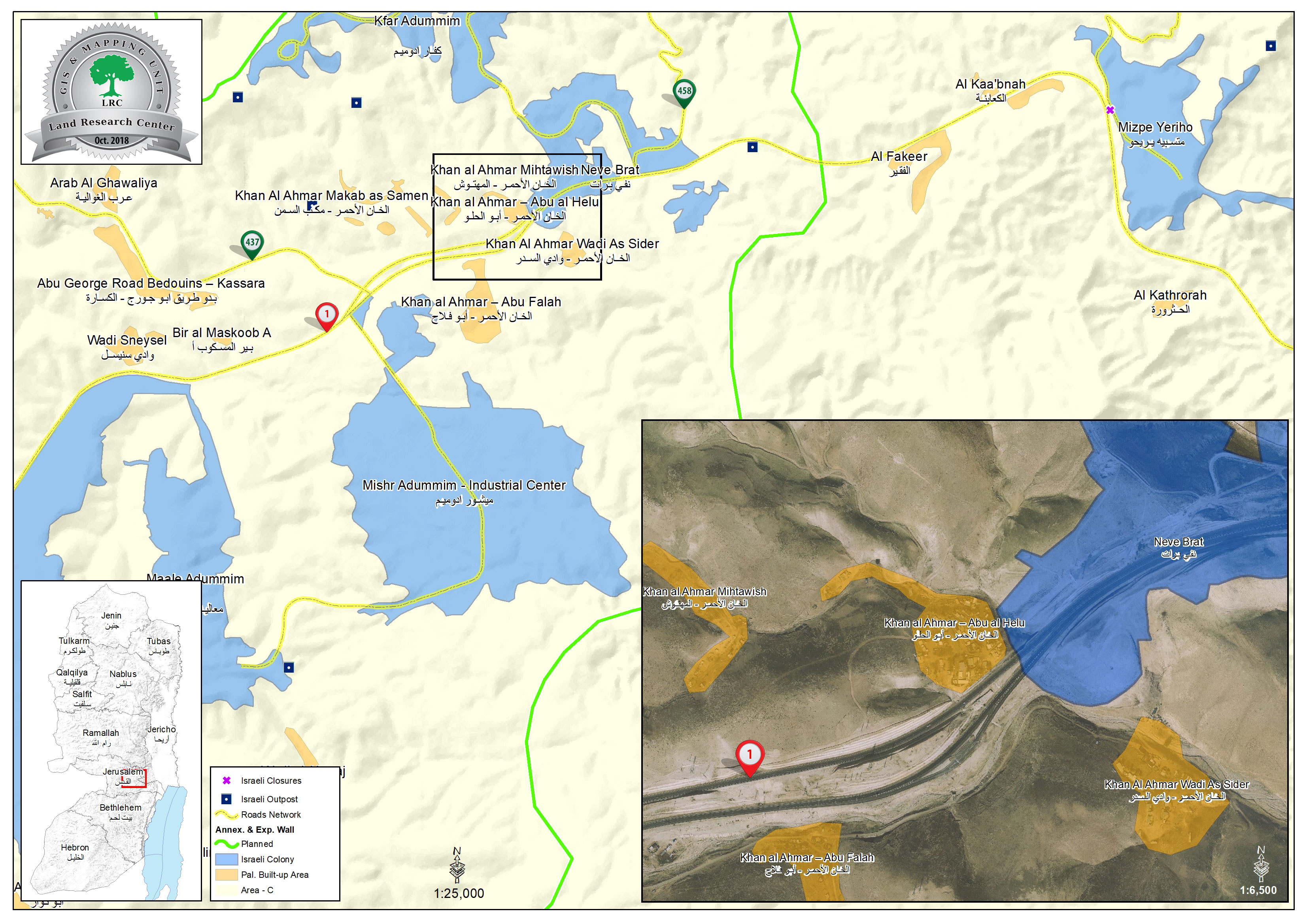 Israeli Supreme court passed a decree of demolishing Bedouin huts and tents in Khan al Ahmar, The resolution comes as a part of the colonial plan E1 that aims to include the surrounding settlements according to the plan of "the greater Jerusalem", the plan also includes dividing the west bank into two parts and shut out communication between the two parts.

The occupation forces localized on the roads that lead to Khan Al Ahmar to prevent citizens and activists from reaching the location, despite that tens of citizens and foreign activists manage to get there and protested against the demolition that destroys residents of 40 families , houses of 257 members and the town's only school , known as "Al Itarat". 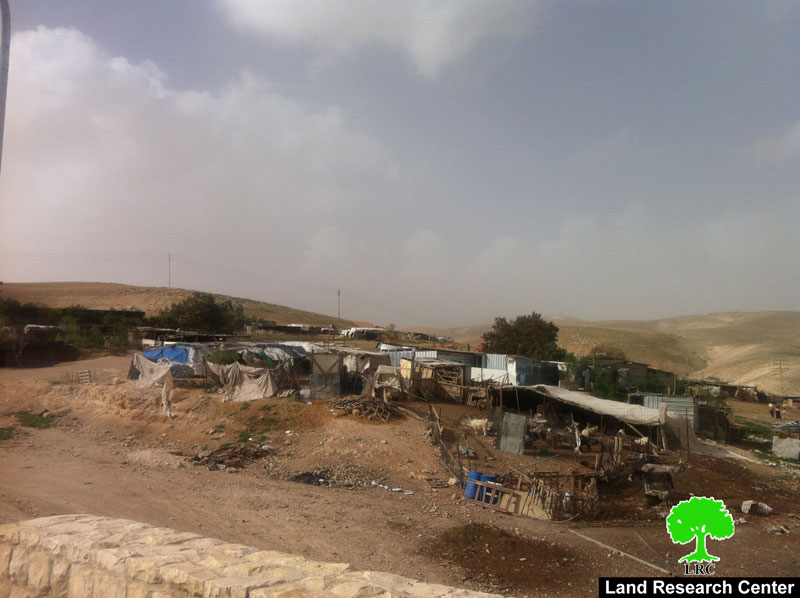 The occupation is attempting to relocate families of al Khan Al Ahmar to lands closed to Abu Dis . The lands have boon stolen from their Palestinian owners, in international law this act is a war crime. Forced displacement is defined as an illegal dislocation of a group of residents from the land they live in, it is a crime against humanity. Article 49 of Geneva fourth convention 1949 stated that:"  Individual or mass forcible transfers, as well as deportations of protected persons from occupied territory to the territory of the Occupying Power or to that of any other country, occupied or not, are prohibited, regardless of their motive". The Israeli forces are attempting  to expel people of Khan Al Ahmar to lands owned by people in Abu Dis, and are not suitable for residence .The lands of Abu-Dis were previously used as a waste landfill and inappropriate for Bedouin life style, which will affect their life socially and economically. On the other hand it will cause hostility between Bedouins and the owners of the lands.

Land research sources documented the Israeli attacks since 4 july 2018, the day when the occupation machines first attempted to demolished residents in Khan al ahmar until the end of September 2018: 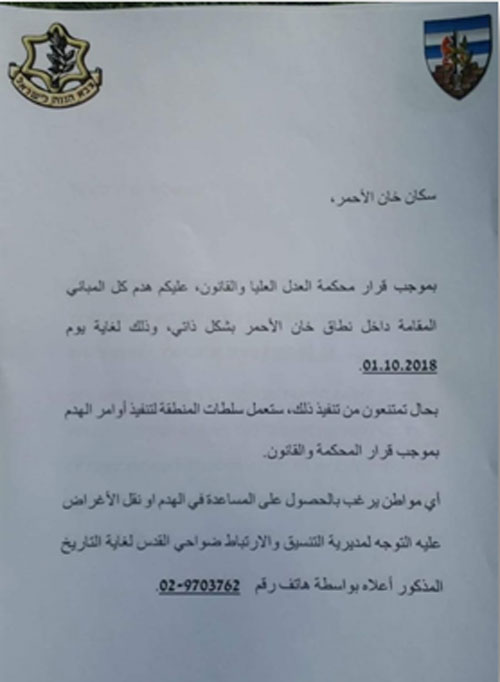