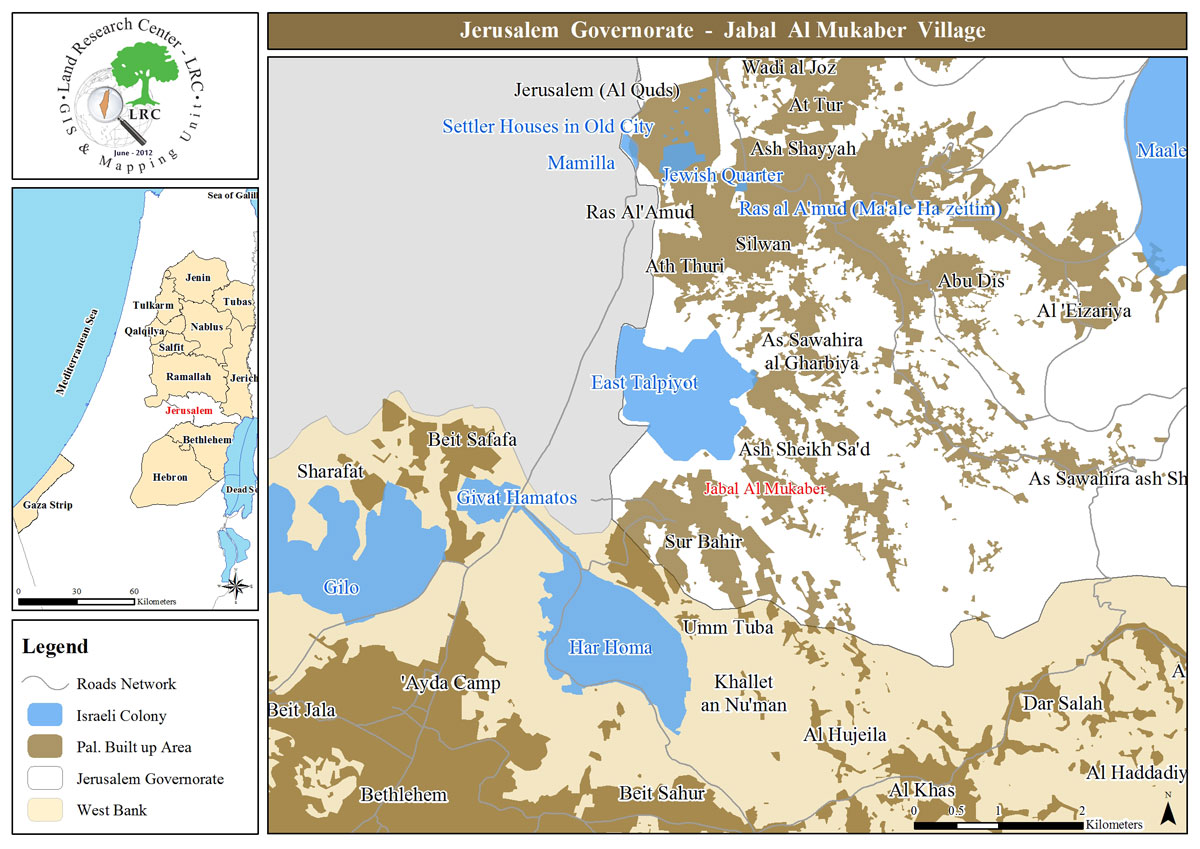 Violation: Demolishing a facility under claims that it lacks licenses

Perpetrator: The occupation’s municipality in Jerusalem.

At the morning of Tuesday 18 of June 2019, the occupation’s bulldozers demolished a facility located in Jabal Al-Mukabir south Jerusalem, on the pretext that the structures lack licenses from the occupation. Reportedly, the targeted facility is a store that sells building materials , and belong to  Mahmoud As-Surkhi , Musa’ab Al-A’araj and heirs of Hamza Al-Mughrabi.

“The targeted facility is located on a 600 m2 plot, it consists of 2 zinc barracks (70 m2) , and 2 containers each one has an area of 40 m2, the mentioned structures are used together for selling building materials , and provided number of jobs.

Two months ago , the occupation’s municipality in Jerusalem served a demolition order targeting the facility on the pretext of building without license.

Tuesday morning, the occupation forces showed up and closed up the area, before they completely leveled the structures to the ground.”

Jabal Mukabbir and As-Sawahra Al-Gharbiya together have a total population of (21, 127 ) people in 2012 census-The  Jerusalem academy of Israeli Studies-, Jabal Al Mukabbir has an area of 3,281 dunums , 682,7 of them are the towns built uo area.

Land Research Center LRC sees that demolitions contradict with all of the International conventions and Humanitarian laws including: