Sunday October 4th 2020, the occupation authorities forced owners of three residences to demolish the building they have been living at for 20 years, The targeted building is located in Khallet Sanad in Beit Hanina / North Occupied Jerusalem.

The following table shows more information about the owners and the targeted structures:

“In 2000, I built a house with a total area of 128 m2 , the house consists of a living room , three bed rooms , two bathrooms and a kitchen. The house was later divided into two parts for my sons Yacoub and Fawwaz , in order to give them studio apartments to live at after getting married.

After dividing the building, the Occupation municipality showed up and took pictures of the building then withdrew. Burqan family were summoned to court, and fined 65,000 NIS on the pretext of building without licenses.”

Eventually,  the occupation court decided to force the owners to demolish their residences, or otherwise the occupation authorities will carry out the demolition and make them pay the costs of the bulldozers and workers. 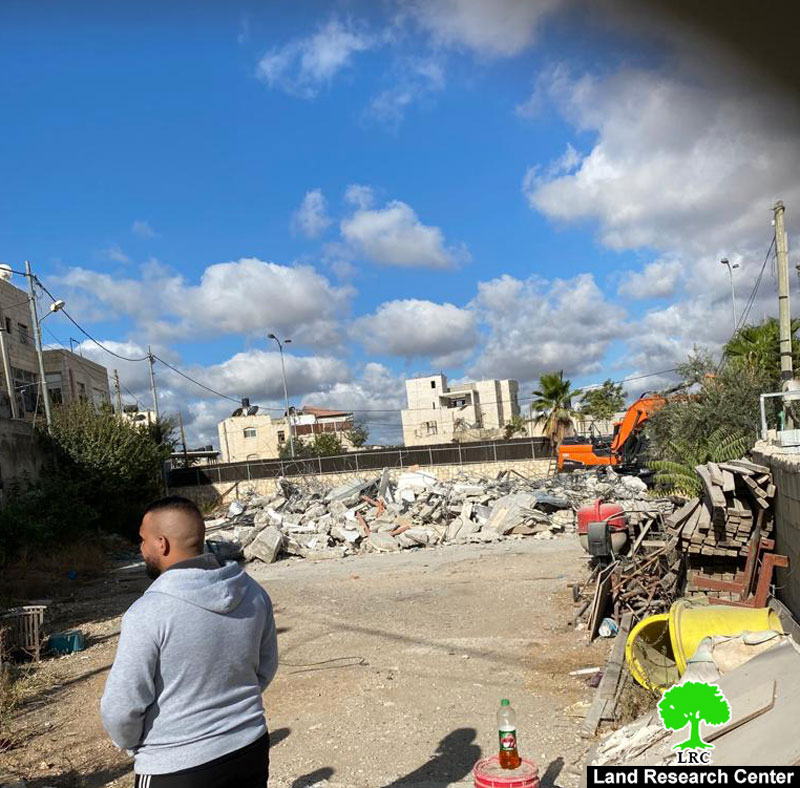 It is difficult and almost impossible for Palestinians to get a construction license in Jerusalem , while renting an apartment would cost at least 800$ monthly, Palestinian Jerusalemites find themselves with the only solution of building without licenses. On the other hand, the occupation municipality is always watching , and eventually forces the owner to demolish their houses , this is the expensive cost of living in the holy city of Jerusalem.
About Beit Hanina:[1]