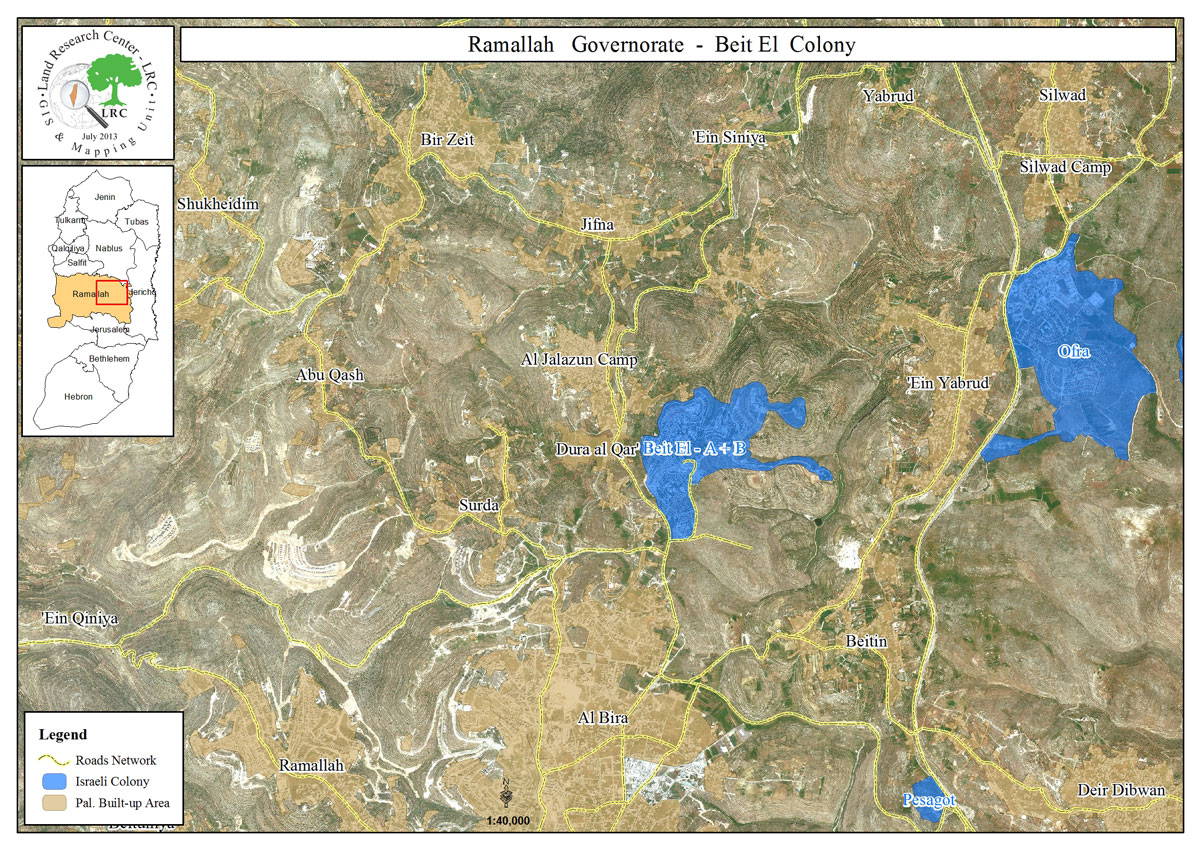 Early September 2021, the so-called Israeli Settlement Council in the West Bank carried on construction of colonial units on 30 dunums within the borders of Beit El colony. The Israeli plan is to increase populations in Israeli illegal colonies.

Noteworthy, Beit El colony is built on confiscated lands from Ramallah city and Beitin, and it is one of the most significant Israeli colonies at the heart of the West Bank – from an Israeli point of view.

Beit El colony was growing rapidly during the past few years, it notably had a fair share of tenders offers and construction plans, it also contains the headquarter of the so called Israeli Civil Administration. In Early July 2021, the key stone for the construction of 350 colonial units was installed.

In August 21st 2017, the Israeli Occupation arbitrary government carried on the construction of a cement wall (1.5 km long) , which isolated 170 dunums of Al-Bireh and Dura Al-Kareia village lands . The wall starts from the entry of the so-called civil administration and ends at the borders of Jalazone refugee’s camp. Under the pretext of protecting the security of the colony, especially from belting stones o the edges of the colony. 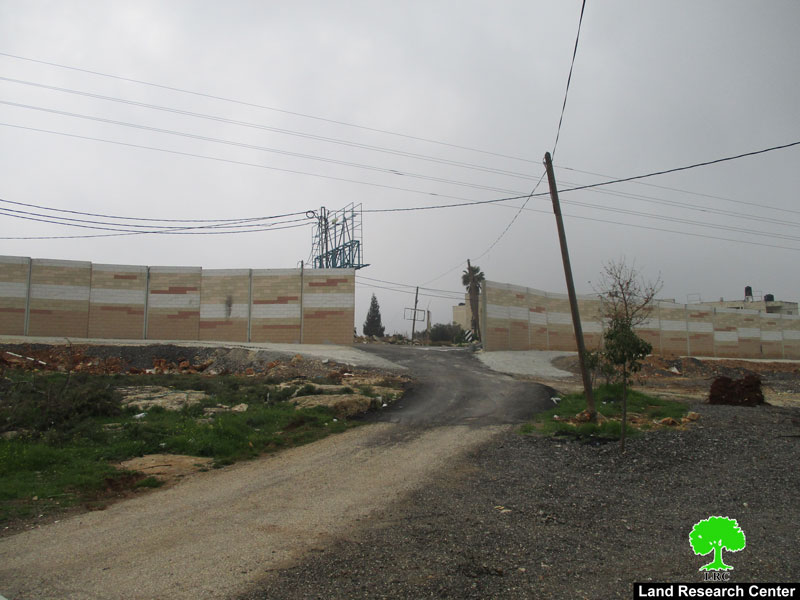 Israeli Violations monitoring section documented a number of organizational plans for the favor of Beit El colony published on Israeli Websites during the past 10 years – look at the table below:

It holds within a number of springs and the Jews claim that "God promised Abraham of staying in the area" and that is the reason for calling it Beit El or the house of God.

Beit El is located 20 km to the north of Jerusalem; the Jews claim that it has been built on the ruins of an old Jewish city.

The colony has expanded to become as large as a city holding a number of factories, educational institutions, medical clinics, etc. it is now inhabited by over 6000 colonists.

3 km to the north of Al-Bireh , Beitin village is connected to the city through a main road nearby Beit El colony which was closed since 2001 , residents have to go additional 18 km to get to Ramallah.

Resolution 242 of 1967: Withdrawal of Israel armed forces from territories occupied in the recent conflict;

Resolution 446 of 1979: that the policy and practices of Israel in establishing settlements in the Palestinian and other Arab territories occupied since 1967 have no legal validity and constitute a serious obstruction to achieving a comprehensive, just and lasting peace in the Middle East.

Resolution 452 of 1979 : the policy of Israel in establishing settlements in the occupied Arab territories has no legal validity and constitutes a violation of the Fourth Geneva Convention relative to the Protection of Civilian Persons in Time of War of 12 August 1949" and "calls upon the Government and people of Israel to cease, on an urgent basis, the establishment, construction and planning of settlements in the Arab territories occupied since 1967, including Jerusalem.

Resolution 465: March 1, 1980, demanded Israel to stop the planning and construction of settlements in territories occupied since 1967, including Jerusalem. It also called on Israel to “dismantle the existing settlements”.

Resolution 478: August 20, 1980, condemned in “the strongest terms” the enactment of Israeli law proclaiming a change in status of Jerusalem. The resolution called on all states “that have established diplomatic missions” in Jerusalem to withdraw them from the city.

Article 55: . The occupying State shall be regarded only as administrator and usufructuary of public buildings, real estate, forests, and agricultural estates belonging to the hostile State, and situated in the occupied country.

Article 49: “The Occupying Power shall not deport or transfer parts of its own civilian population into the territory it occupies.” It also prohibits the “individual or mass forcible transfers, as well as deportations of protected persons from occupied territory”.

Article 53: It is prohibited to employ weapons, projectiles and material and methods of warfare of a nature to cause superfluous injury or unnecessary suffering.

Article 17 of the Universal Declaration of Human Rights, dated December 10, 1948 states that “No one shall be arbitrarily deprived of his property”.