The Civil administration notifies an agricultural facility in Burqa/ Nablus 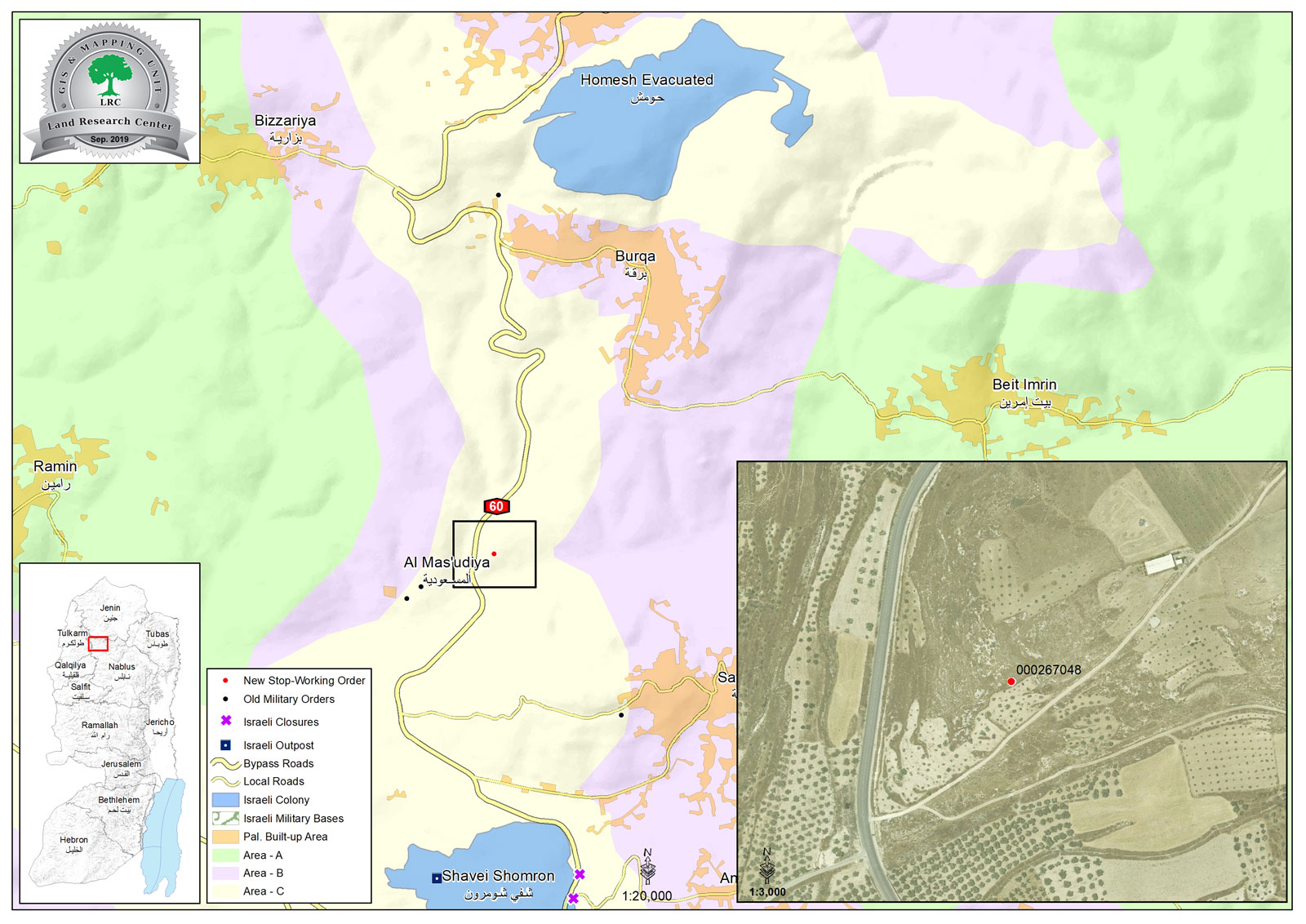 Wednesday, 3 of July 2019 , The occupation forces raided Al-Maso’udiya area in Barqa village , and put a halt of work notice onKhalid Saif  , on the pretext of building without licenses in C area.

“An Army force accompanied by a vehicle related to the civil administration raided the area and put a halt of work notice on an agricultural structures that I own .

The targeted structure I use as a resting and sleeping room during working in my farm.  Once I found the military order I informed the legal aid unit in the joint services council in Nablus , which guided me to prepare a legal file and file an objection as quickly as possible.”

Noteworthy, Khalid Saif built (69m2) residence of bricks , in order to use as a resting place and a store for agricultural tools , the farm provides a sub side source of income for Khalid and his family of 8.