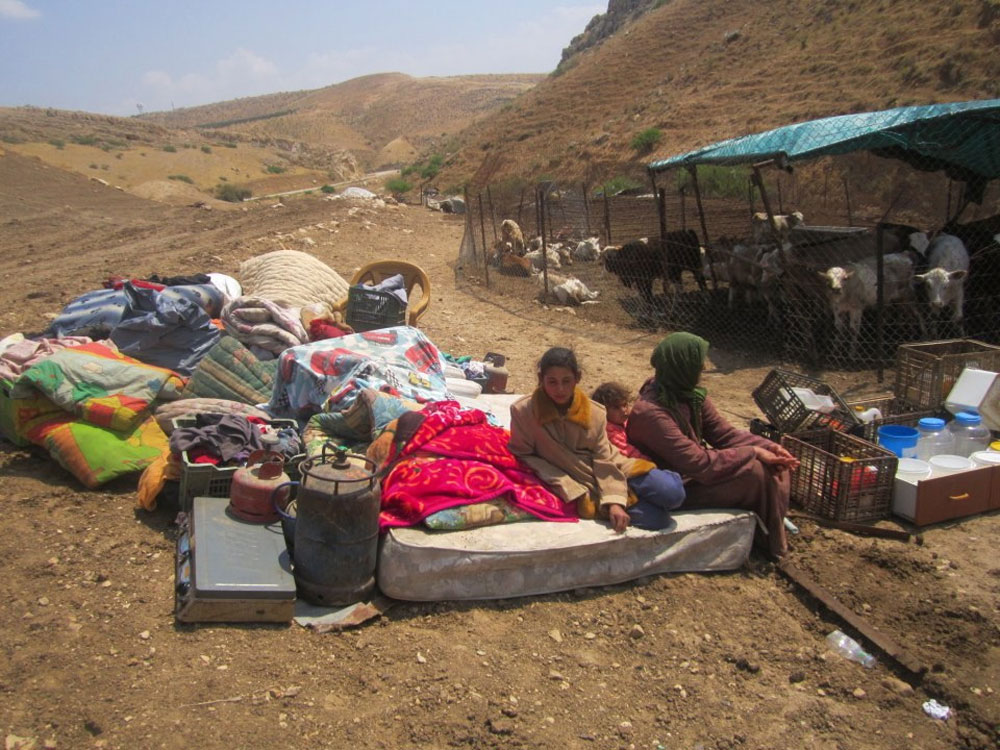 Palestinian Rural Women are between Occupation Fascism and Nature Cruelty

However, The Palestinian Rural Women play a significant role as peasants (cultivating, posturing and olive harvesting), and as freedom fighters against the occupation. Noteworthy, the Occupation heavily targets houses and barns in rural areas, and women considering the social situation, are most affected by such Israeli policies and practices.

In 2021, Palestinian rural areas were hot spots for Israeli violations against their right to land and housing, women were in the front lines to defend their families and their indigenous rights, here are some of the most prominent numbers on Israeli Violations against rural women:

150 rural family shacks and barns were demolished or confiscated, leaving 14,800 heads of sheep in the open, Palestinian women and their families had to collect the sheep and build new barns. Noteworthy, cattle breeding is the only source of income for a large number of rural families.

140 rural families lost 72 cisterns with a storage capacity of 14600 m3, that were providing domestic and barn water, in addition to providing irrigation water for 900 dunums of agricultural lands, which doubled the suffering for rural women to provide water for their farmlands, which plays a major role in providing food security for the family.

120 rural families completely lost 7700 trees of which 60 % are olives, tangible and intangible damages were significant, women wildly participate in replanting what was uprooted and cultivating the ravaged plots.