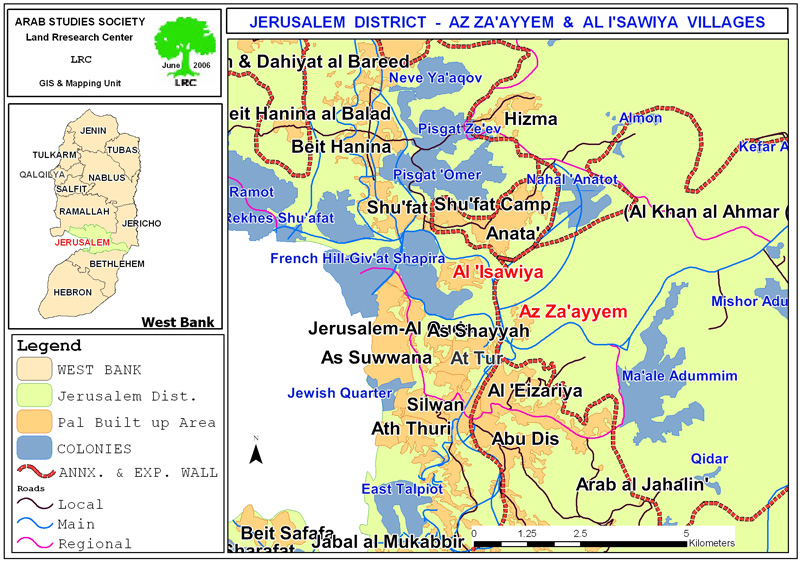 On 8th of November 2018, the Israeli Occupation Authorities started a demolition campaign against a number of Palestinian houses and structures in Az-Z’ayyem town in occupied Jerusalem, under the claim of lacking building permits.

The Israeli Army and bulldozers stormed the town,  and closed streets to prohibit villagers from reaching the demolition location, then carried out demolishing a base of a residential building belong to Mohammad Al-Omari, an under construction residence belong to Ali Aj-Joubeh (200 m2), and a retaining wall surrounding (1000 m2) land.

The demolition campaign is on structures about 500 m from Az-Za’yyem check point where the occupation forbids any sort of Palestinian expansion.

The occupation authorities demolished tens of residences in the area on the claims of lacking building permits. Noteworthy, According to the occupation, Az Za’yyem town is under their full control. However, the occupation governments do not provide any services for the town’s people. Villagers of Az-Za’yyem headed to the occupation municipality in Jerusalem and it turned out that they are planning to construct a road that pass through the town.