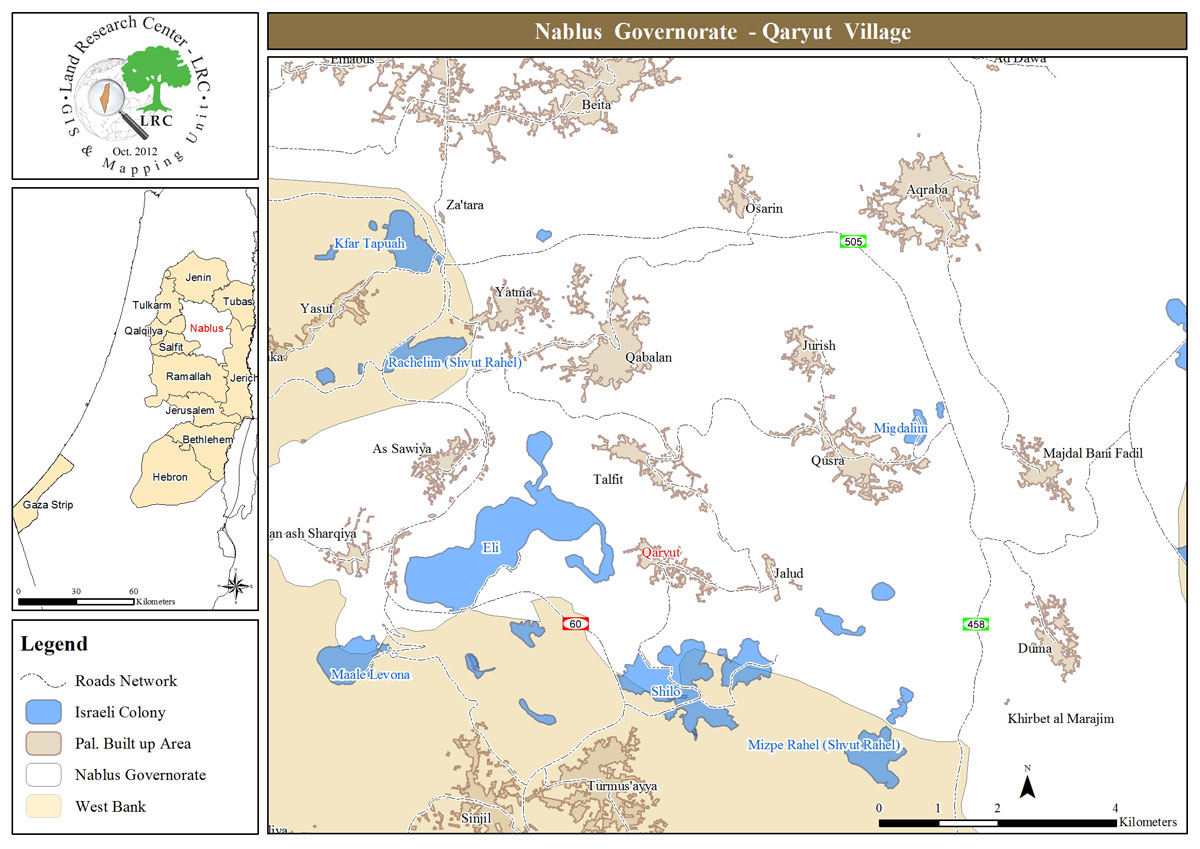 The Israeli occupation authorities halt work on an agricultural road (1500) meters carried out by Qaryut rural council, Noteworthy the road lies in B area (according to Oslo conventions) and serve about 200 farmers and 4000 dunums of agricultural land.

About 3:00 pm, the Israeli occupation authorities ordered to halt the work on an agricultural road, due to its close location to “Eli” colony built on confiscated agricultural lands from the town. 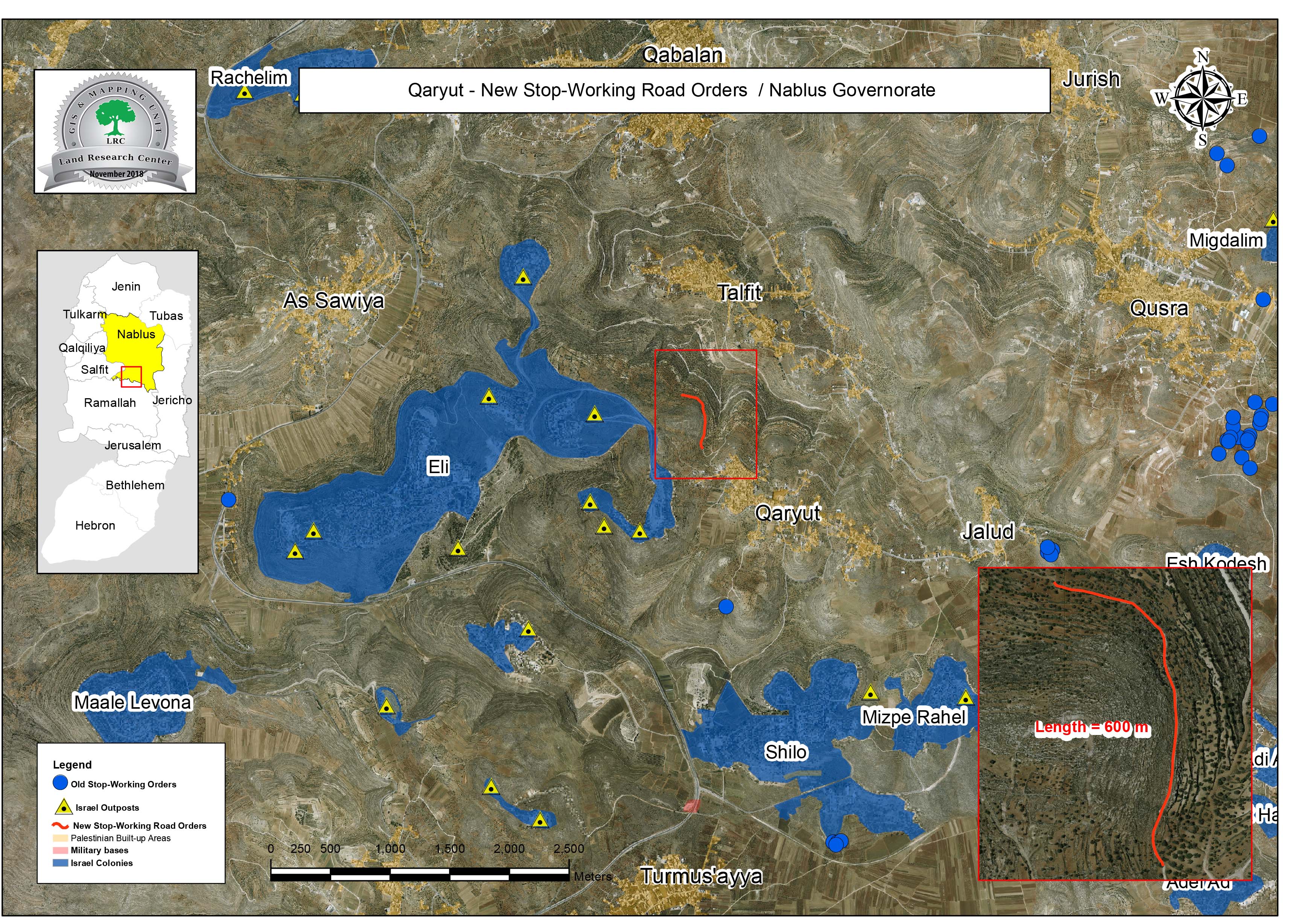 In the mean time, Israeli colonists expand freely in Palestinian lands, LRC since the beginning of 2018 documented the rehabilitation of 31  colonial agricultural roads, 4 of them in Nablus governorate, while the Israeli occupation army ravaged 3 agricultural roads, closed 6 agricultural roads with blocks, and issued “Halt of work orders” on 10 roads, other than confiscating machineries  from the roads’ work locations. This aims to stop farmers from reaching their plots.

Qaryut is 20 km south of Nablus and 28 km away from Ramallah. It is one of the villages that are totally surrounded by colonies and outposts. The village populates 2560 people in 2017 census, on a total land area of 8471 dunums, of which 312dunums are the village's built-up area.

The Israeli occupation 1332 dunums from Qaryut village for the favor of the following colonies:

The constringing policy by the Israel occupation authorities towards the Palestinian civilians in all West Bank's governorate including closing roads and obstructing their movement can only be regarded as a violation of their right in the liberty of movement pledged by all international conventions and agreements like:

1-Every person has the right of liberty of movement and to choose his place of residence inside the borders of each country.

2-Each person has the right to depart or to come back to any country including his country.

The Universal covenant on civil and political rights (1966) article(12-3):

Each person legally has the liberity to move and to select his residence place.