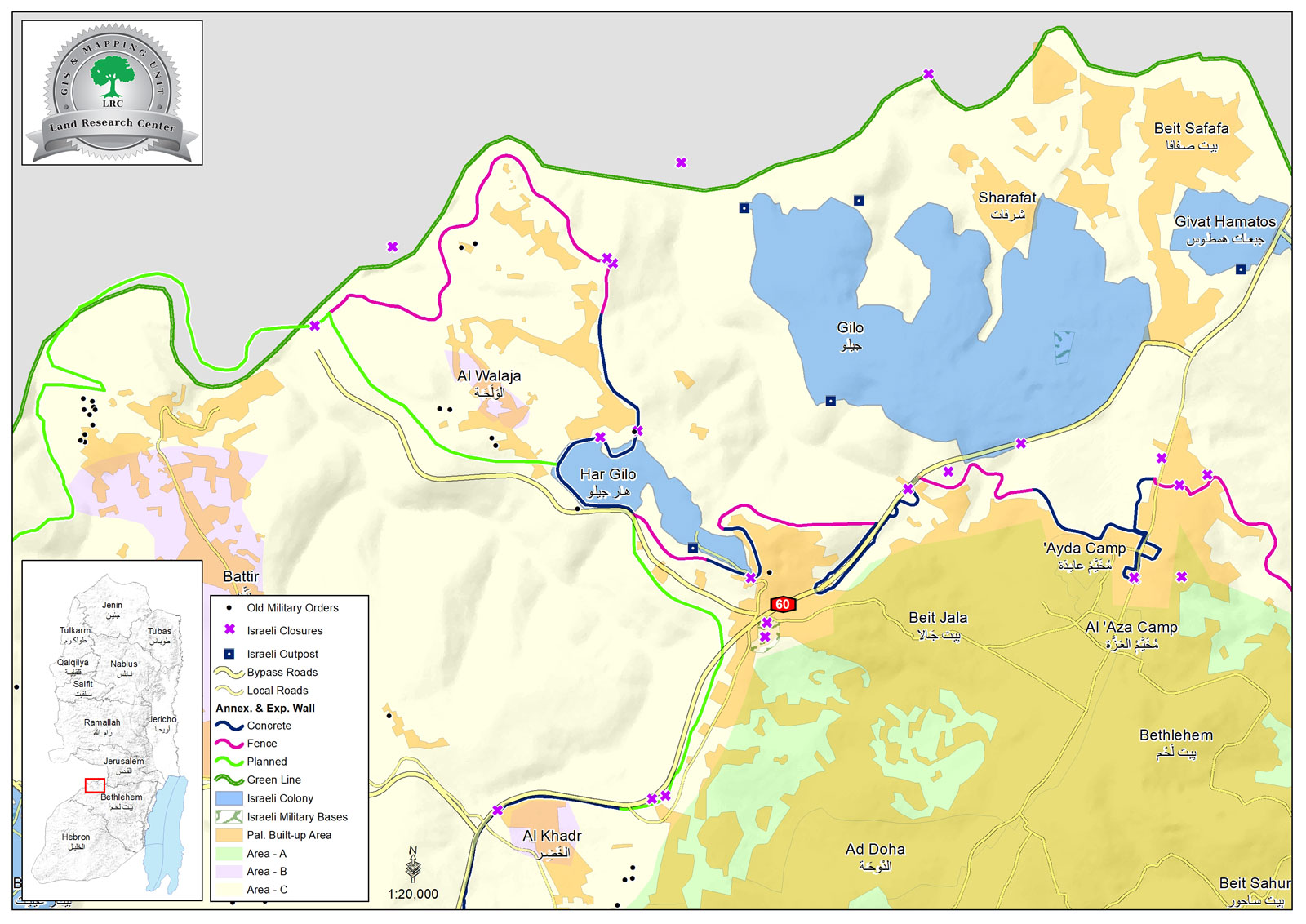 Israeli troops and their machineries raided Al-Walaja village and demolished  a house belongs to Najla Abu Al-Haija , on the pretext of building before getting a proper license in area C.

“ Israeli troops broke into our home at 3:00 am , and did not give us a chance to take out our properties , the house and everything inside it was demolished before our eyes, after we were expelled in the cold of the night.

They made sure to destroy the bases and columns, we lost our home and we have no place to go, but I will never give up, I will rebuild a house for my children ”

During the demolition, Al-Fajer (the dawn)  prayer time has came, but the Israeli troops prohibited the Imam from performing the call for prayer. The Israeli occupation has no respect for Palestinian’s dignity or religions.

The land were the house was built has an area of 450 m2 , it is owned by Abu Al-Haija family . However , the Israeli occupation never let Palestinians live in peace, or enjoy their right of adequate housing.

The following table provides information about the affected:

Abu Al-Haija house after the demolition

Since 1948, Al Walaja has been set as a target by the Israeli Occupation which was keen to capture the village and expel its residents.

In 1948, the village was 17793 dunums in area; the number was reduced back then to 6000 dunums only after the armistice agreement with the Jordanian side. In 1996, 400 dunums were confiscated for the milling of a by-pass road that is rarely used these days.

Moreover, around 1000 dunums were confiscated between 1969 and 1997 for the construction of Gilo colony to the north; as a consequence, the village total area nowadays is around 4800 dunums. The Israeli have acquired al Walaja as a target for placing around 13600 residential units in a new colony; the projected colony is supposed to connect ‘West Jerusalem’ with Ezyon colony located southern Bethlehem.

International Conventions and agreements pertaining to house and residents demolition:

Article 147 of Geneva fourth convention  : extensive destruction and appropriation of property, not justified by military necessity and carried out unlawfully and wantonly. ( it is considered a serious violation of the convention)