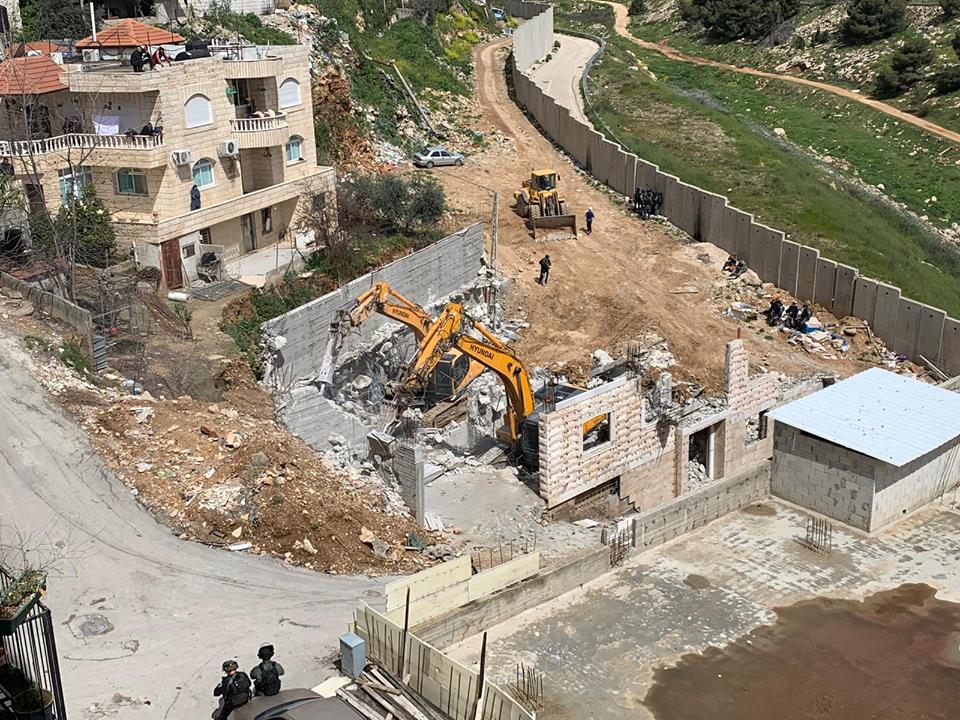 April 2nd 2019, the Israeli occupation bulldozers carried on demolition of an under construction residential structure in Shufat refugees’ camp, on the pretext of building before getting proper licenses.

Reportedly, the property belongs to Alaa Hushiya  , it is an under construction house consisting of 2 floors (each one is 225 m2), and about (50 m) from the segregation wall. The new house was supposed to be the family’s home.

“About one year ago, we carried on constructing a residential building for the family, but at the beginning of 2019, the occupation authorities issued a demolition order against the property on the pretext of building before getting proper licenses. We headed to the Israeli court, and the later gave us until may to demolish our own structure.

But we were shocked on Thursday, when Israeli troops and bulldozers circulated the area, before they completely demolished my structure.

The occupation fanatic troops also assaulted my father (53) and shoot him with four rubber bullets, and served him a call for investigation on Wednesday.”

After the demolition, the occupation police served an order to Hoshiya , telling him to visit the ministry of interior and pay the demolition operation costs which are about 150,000-200,000 NIS. This is an additional punishment imposed on Jerusalemites, in order to push them to self-demolish their structures.

Shu’fat town including the refugees’ camp have together an area of 8494 dunums, of which 2033 dunums are a built-up planned area.

The occupation devoured from Shu’fat town and its refugees’ camp (8591) dunums for the following purposes:

Settlements devoured (3781) dunums for the following: 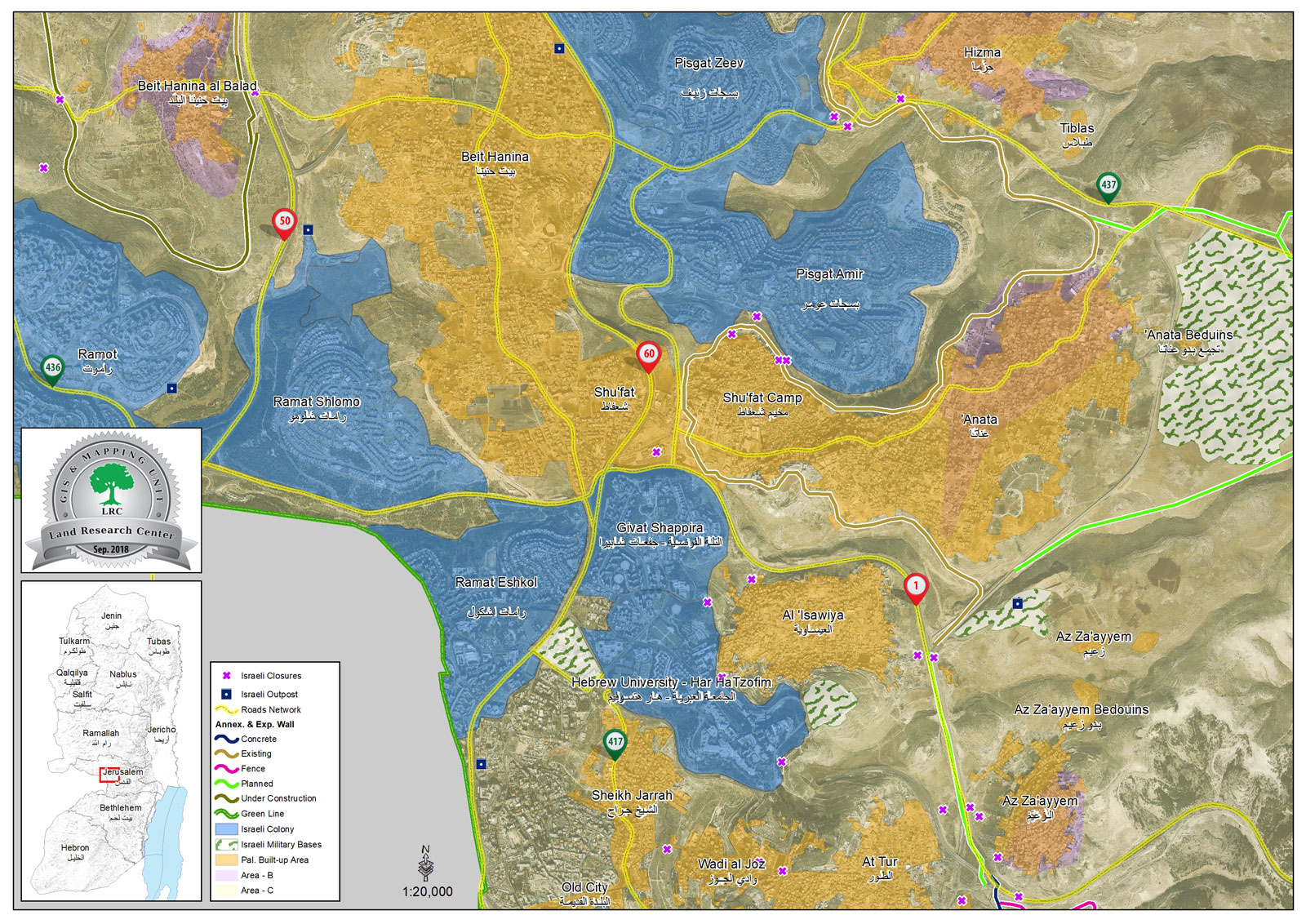