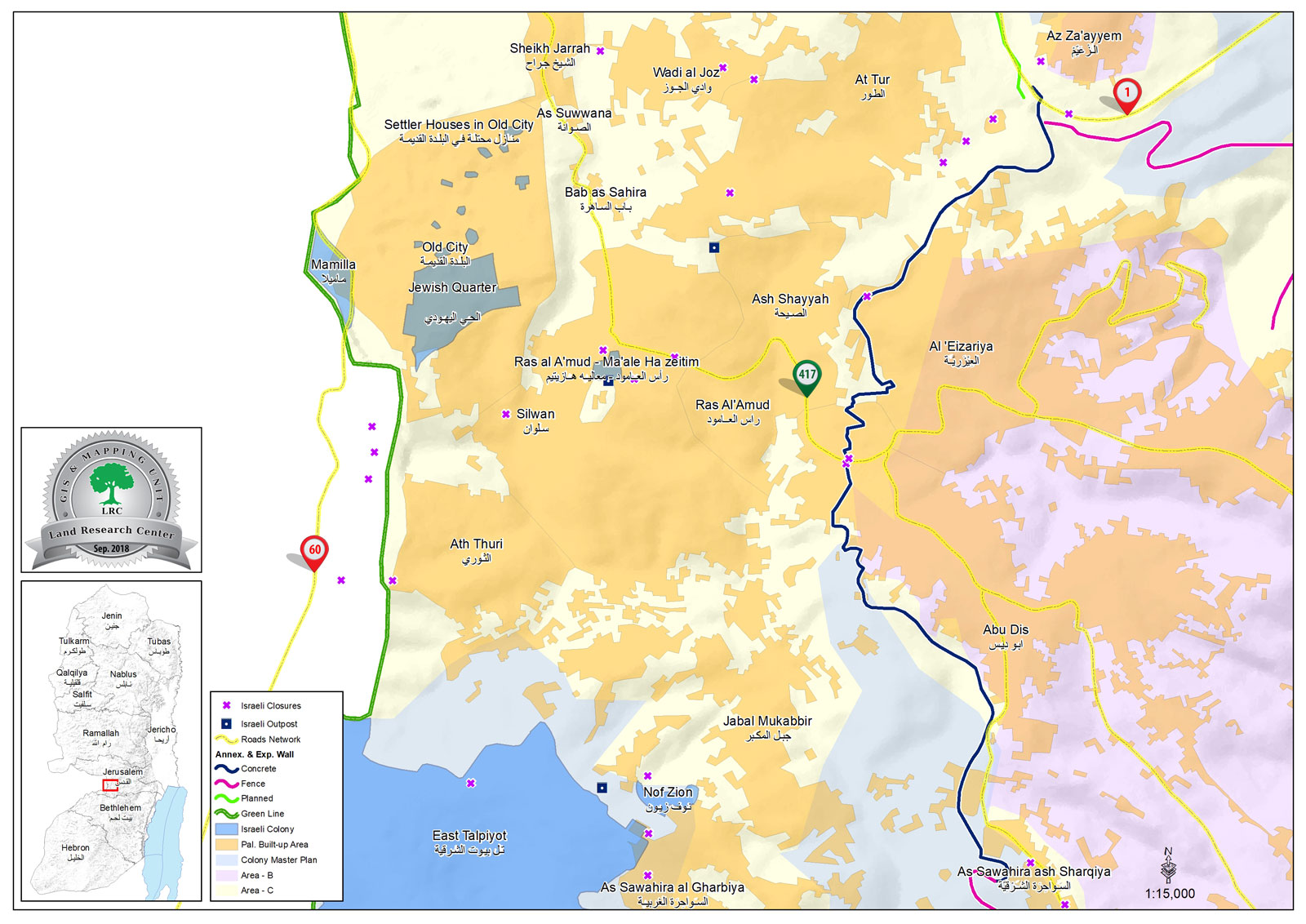 A few hours have passed since the occupation’s court refused the plea of Wad Yasoul residents, before the bulldozers carried on a demolition operation targeting number of apartments and structures in the neighborhood.

In the early morning hours, a large military force and bulldozers stormed Wad Yasoul neighborhood in Silwan south Al-Aqsa mosque, and headed to Al-Qaq family home which is within the targeted houses circle (about 48 houses) and demolished it along with a stable, the targeted structures belong to Mohammad Al-Qaq, who told LRC reporter:

In 2012 , I built an apartment (100 m2) , and a stable for Arabian horses, which used to contain 8 horses, the structures are built on a plot owned by the family, and the apartment was a home for my 10 family members (5 minors).

Since 2005 , the family applied for licenses several times , but the occupation is refusing to give us a permission to build on our land, At the end I was forced to build without licenses in order to create a safe home for my family.

In 2015 , I received the first demolition order , all houses in the neighborhood ere also notified, we filed pleas but the occupation’s court refused. A final demolition order was issued in 14 April 2019.

In the early morning hours of April 17 – 2019, A massive military force raided my home, and gave me only 30 minutes to get out and take all I can carry of my properties , then the demolition operation had began , and continued for 4 hours , the occupation’s court also imposed a fine on me ( about 115 NIS).

In the same context, the occupation’s bulldozers demolished an apartment, and commercial stores about 300 m2 belong to Ezz Barqan , who told LRC reporter:

About 5:30 am, a massive army force  and a bulldozer raided the location, and forced us to leave our house, we asked them to give us some time to take out some of the furniture and properties but they refused, and implimented the demolition operation, without serving any preceding military orders.