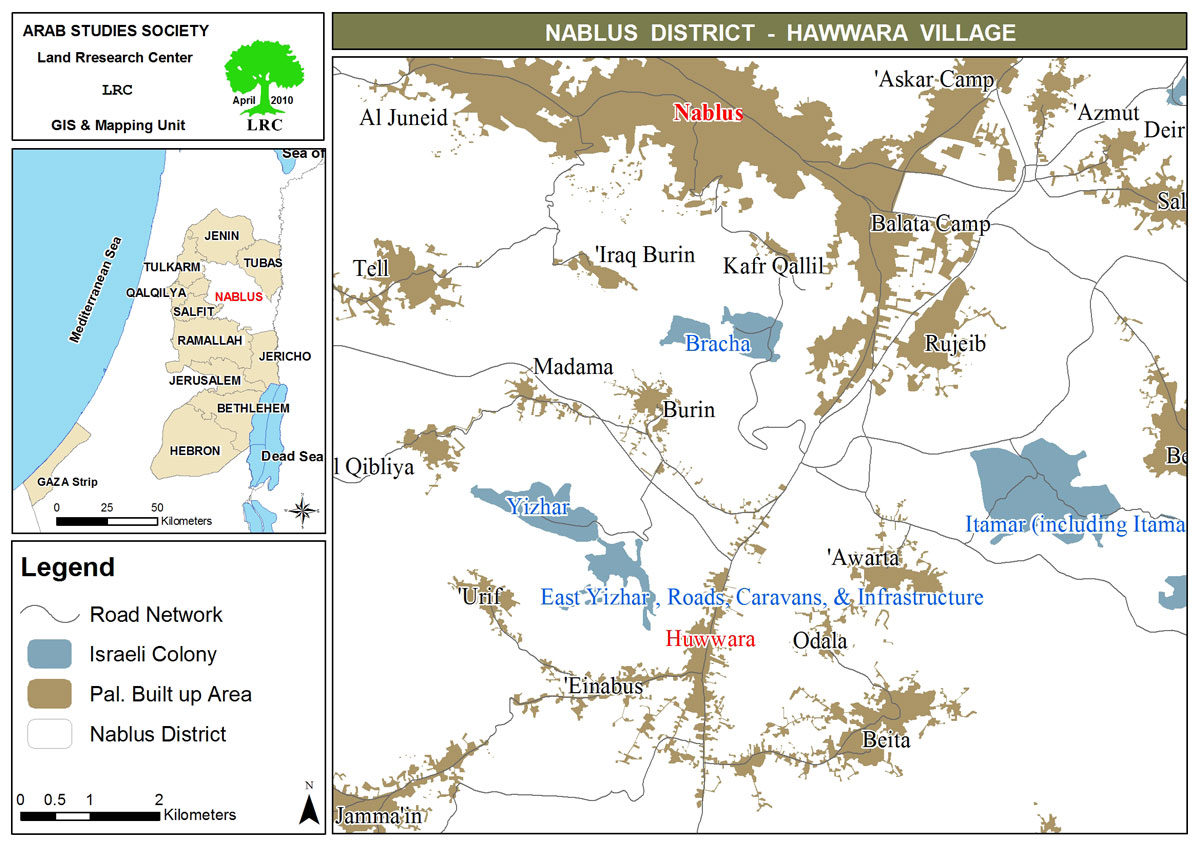 Colonists' break-ins and arson attacks on Palestinians in the suburb areas are meant to terror and harass Palestinian citizens to push them out of their areas. The most vicious attack was the torching of Dawabsheh family while sleeping on August 2015.

Gangsters of such type are extremists in Israeli religious groups. "Hatred for Arabs" and "kill them all" are some of their slogans.

It should be marked that the village of Huwara has been witnessing, every now and them, various attacks and violations carried out by colonists of Bracha and Yitzhar, which are located on the edges of the village. Noteworthy, the aforementioned attacks and targeting started since 2000 to reach out human, animals and even plants and lands.

The colony of Yitzhar was built in 1983 on the lands of Boren and Qibliya lands, southwest Nablus. It was built as an outpost but soon expanded by confiscating 10 dunums from the villages of Boren, Qibliya, 'Urif, Madama, and Huwara. The built-up area of the colony is estimated to be 269 dunums while the area of the confiscated land is 1223 dunums (source : Foundation for Middle East Peace)

Yitzhar is founded within the natural block no.8 on the shrine of a great Muslim leader called Salman the Persian (Salman al- Farsi), after whom the mountain surrounding the area is named.

8km south of Nablus, Huwara is located on bypass road no. 60 that links the north of the West Bank to its south and known as "the street of death" in reference to the many car accidents that take place there. The municipality of Huwara rehabilitated the road and installed warnings but the Israeli occupation still hinders any attempts at restoring the road and does not approve any signs or warnings.

The Israeli occupation confiscated 331 dunums for the establishment of Yitzhar colony.

Besides, bypass number 60 confiscated more than 430 dunums of the village lands.