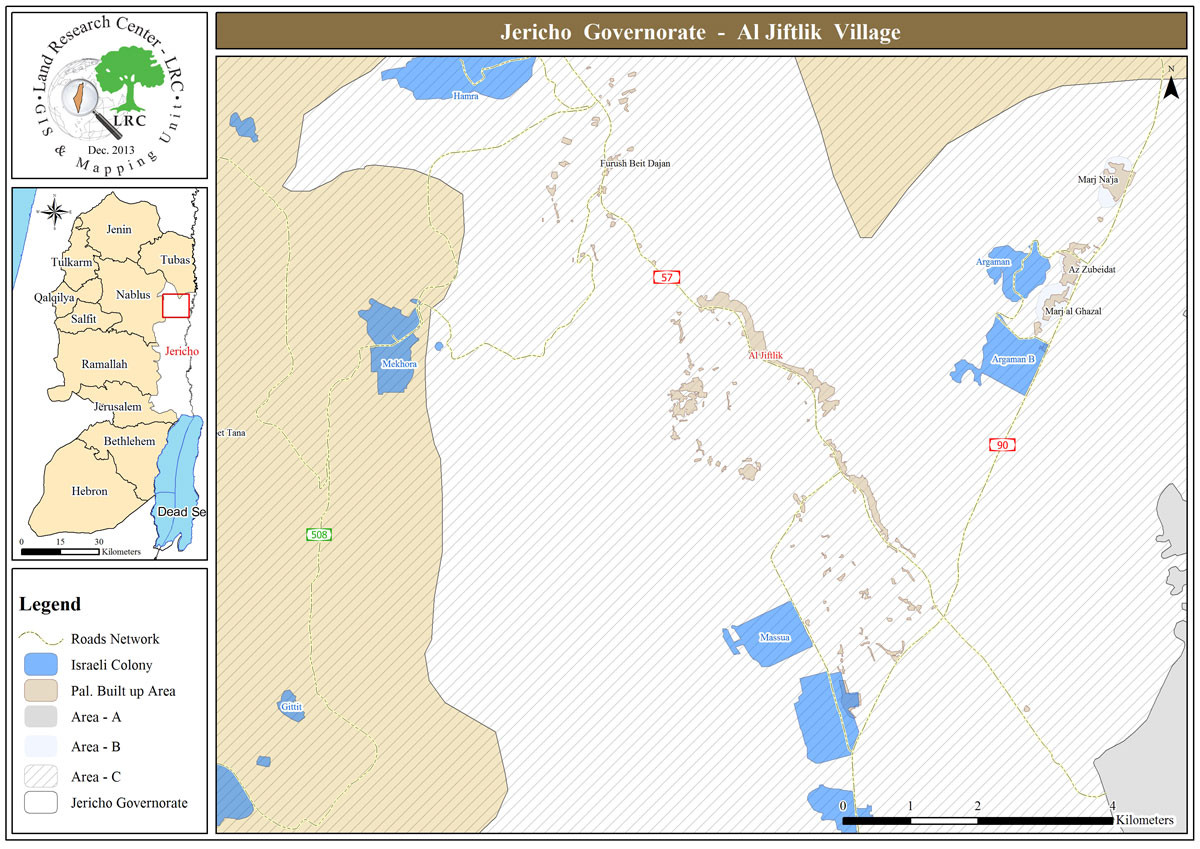 The Israeli occupation forces accompanied by an officer from the water department in the civil administration raided Aj-Jiftlik and reached a vineyard (37 dunums) belongs to Nael Bani Oudeh , the fanatic troops sabotaged 2500 m of irrigation pipes and confiscated them.

The occupation imposed a fine of 18,000 NIS in case he wanted the pipes back , after they claimed that farmer Bani Oudeh had illegally pumped water   from the Israeli National Water Company “Mekorot”.

“I planted my yard with grapes since 2002, after I got a water line provided from Jawad cistern, which is owned by Riyad Al-Masri, the deal between me and Al-Masri was to get 60 m3 of irrigation water daily for a certain percentage of the farm’s profits.

The farm provides a Job opportunity for me and other 5 people.

Noteworthy , in May the occupation forces raided Aj-Jiftlik and Furush Beit Dajan north Jericho , and confiscated number of water pipes that transmitted water to irrigate thousands of dunums.

Aj-Jiftlik is going through a water crisis due to the Israeli policies of stealing water resources , even though they float over a river of underground water , and while Israel is enjoying plentiful of water after confiscating Palestinian natural resources, Palestinian farmers have to buy water in high prices which caused great damages to the agricultural sector.

It is located 35km to the northern part of Jericho city and is edged by the village of Beit Dajan from the northwest and Massua colony from the west. The village has a population of 3100 people until 2017 and has a total land area of 185031 dunums of which 1110 dunums are built-up area. Noteworthy, the occupation expropriated around 12040 dunums from the village as follows: