Khirbet Ad-Duqaiqah is located in east Yatta, and inhabited by Bedouins from Arab Al-Ka’abneh / An-Najadah clans, who depend mainly on herding for living, and the pastoral reserve was made to facilitate their lives.

Al-Ka’anbneh/An-Najadah village council head said: “an army force accompanied by border patrol and members from the civil administration , supported by 2 JCB excavators and 2 Cutter biller Bulldozers , raided the location and completely closed up the area, and carried on the ravaging.”

Reportedly, the occupation’s machineries uprooted 2,500 trees then buried them with earth mounds.

It is also reported that the occupation’s machineries destroyed 3 water harvesting cisterns through filling them with earth mounds with a store capacity of 300 m3.

After destroying the cisterns, families closed them in order to prevent children from falling inside

The occupation bulldozers also destroyed the siege that surrounded the reserve, which composed of barbed wires and metal angles.

Eyewitnesses said that “a drone was released by members accompanied the occupation forces , the drone took pictures of the ravaging from the sky.” It is believed that it belongs to “Regavim” Israeli pro-colonization NGO, the NGO is known of monitoring Palestinian construction and activities in C area , members from the organization usually take pictures of the demolition or razing when it occurs, to show that there methods are successful in erasing Palestinian existence in C area.

However, it is worth mentioning that Ad-Duqaiqah pastoral reserve was implemented by the Land Research Center in early October 2015, in Partnership with Oxfam and funded by the Belgian Development Agency. Work in the 100 dunums Pastoral reserve was completed in 30 October 2016  , it consisted of 4 cisterns together with a storage capacity of 450 m3, surrounded by (1200 m*1.5 m) siege, and planted by 2500 Pastoral seedlings such as : Acacia, Retama, cactus, Christ's thorn jujube , Tamarisk, Carob and Moringa. 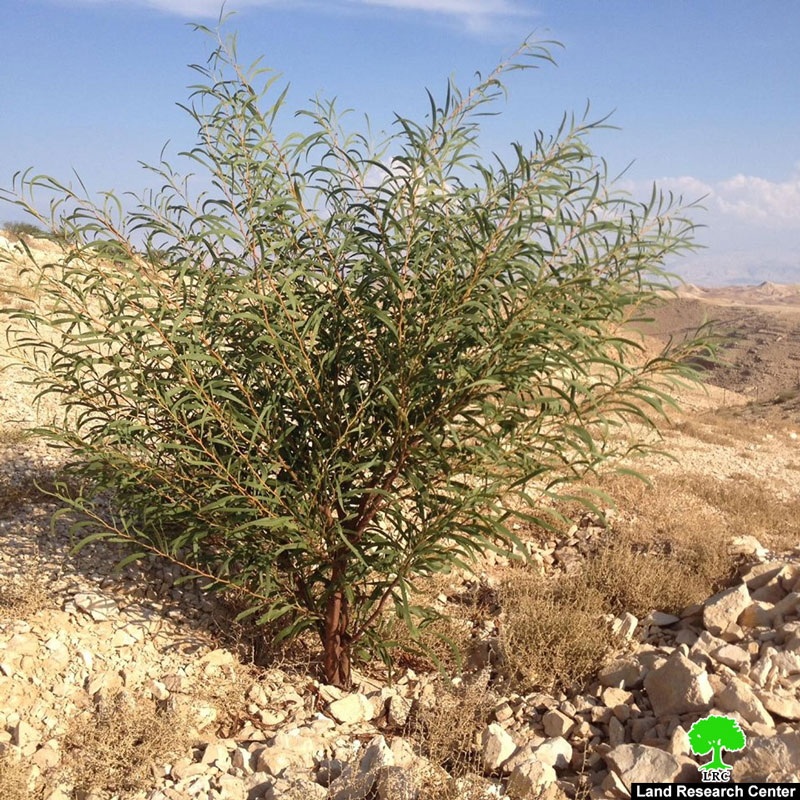 The seedlings before the attack

The pastoral reserve was managed by a committee of volunteer herders from the Khirbet, according to Arab Al-Ka’abneh head the occupation authorities served an eviction order to the reserve, and a lawyer from a legal aid institution was assigned to file a plea, but the arbitrary occupation destroyed it anyway.

The pastoral reserve was returned into a harsh desert , as it used to be before the project that turned it into green in the last 3 years. The only remains are 3 trees out of 2500, and 1 cistern out of 4.

The following table shows detailed information about the damages: