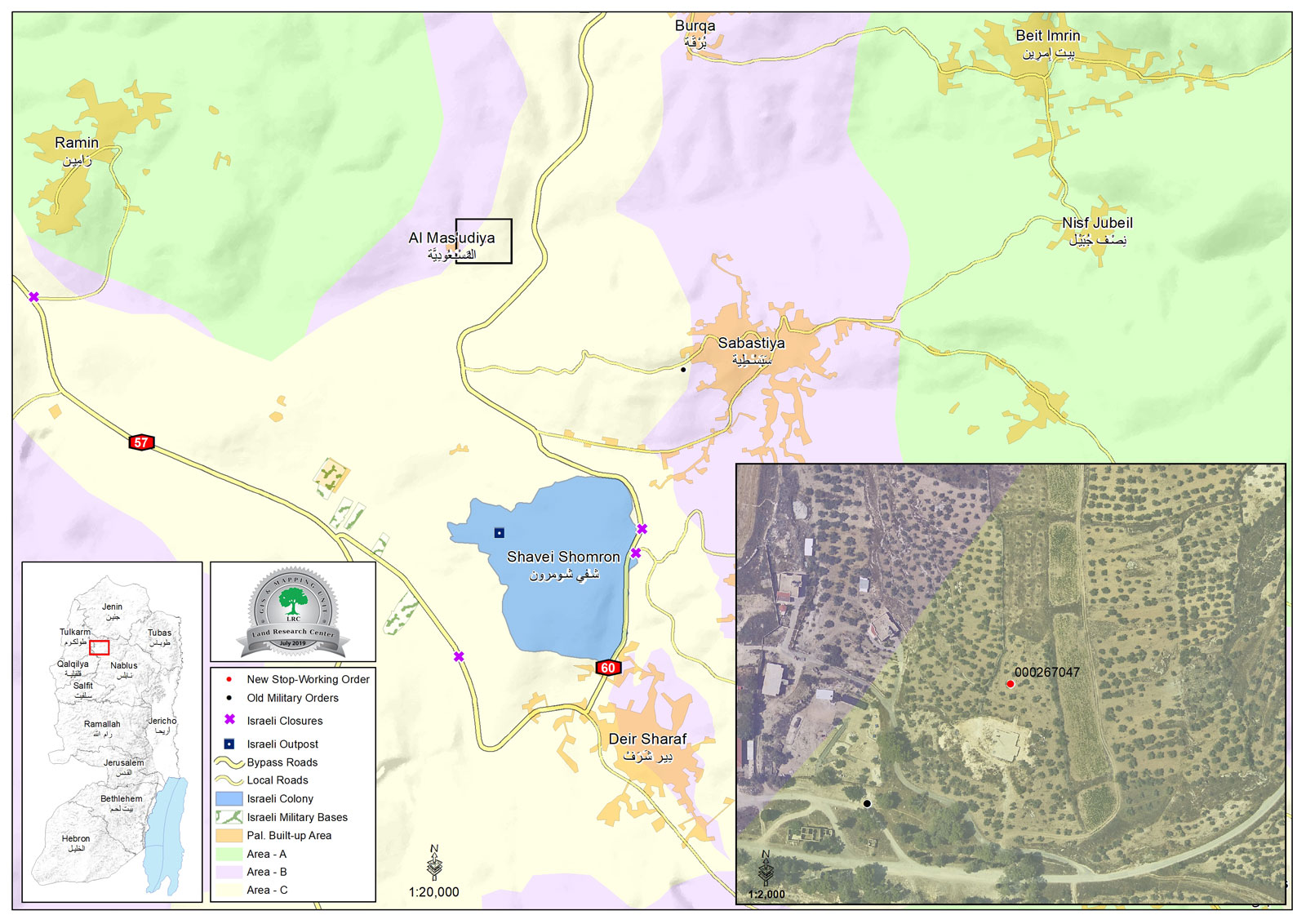 3 July 2019, An army force raided Al-Mas’udiya area north Nablus , and hanged a halt of work notice on citizen Musheer Saif’s house (55) on the pretext of building without licenses, as the owner Mosheer Saif told LRC reported.

“ My house has an area of 32 m2, and provides a home for my family that consists of 6 members , the targeted structure is a mobile home provided  by the International Relief France, after the occupation demolished our house in March 2019.

After the occupation forces withdrew from the location I found a halt of work military order hanged on the door, that’s when I informed the official bodies in Nablus that I received a notice , they leaded me to the legal consultant office in the joint services council , which implemented by LRC with EU funding.”

Noteworthy, the occupation army demolished a house belongs to Saif in 7/3/2019 , on the pretext of building without licenses in C area, read the report.

The colony was established in 1980 on the boundary between the Nablus and Jenin governorates on the expense of the village of Burqa. It was built atop Parcel 6 of Jabal Al Dohoor on land pieces number 1 through 22. Until 2005, the colony had confiscated 1050 dunums of which 157 were its built-up area. Upon its eviction, there were 181 colonists living in the colony’s houses and 10 mobile caravans. In addition, there were around 4,000 dunums surrounding the colony that were considered to be a buffer zone to which Palestinians were prevented from entering or using for any purposes.