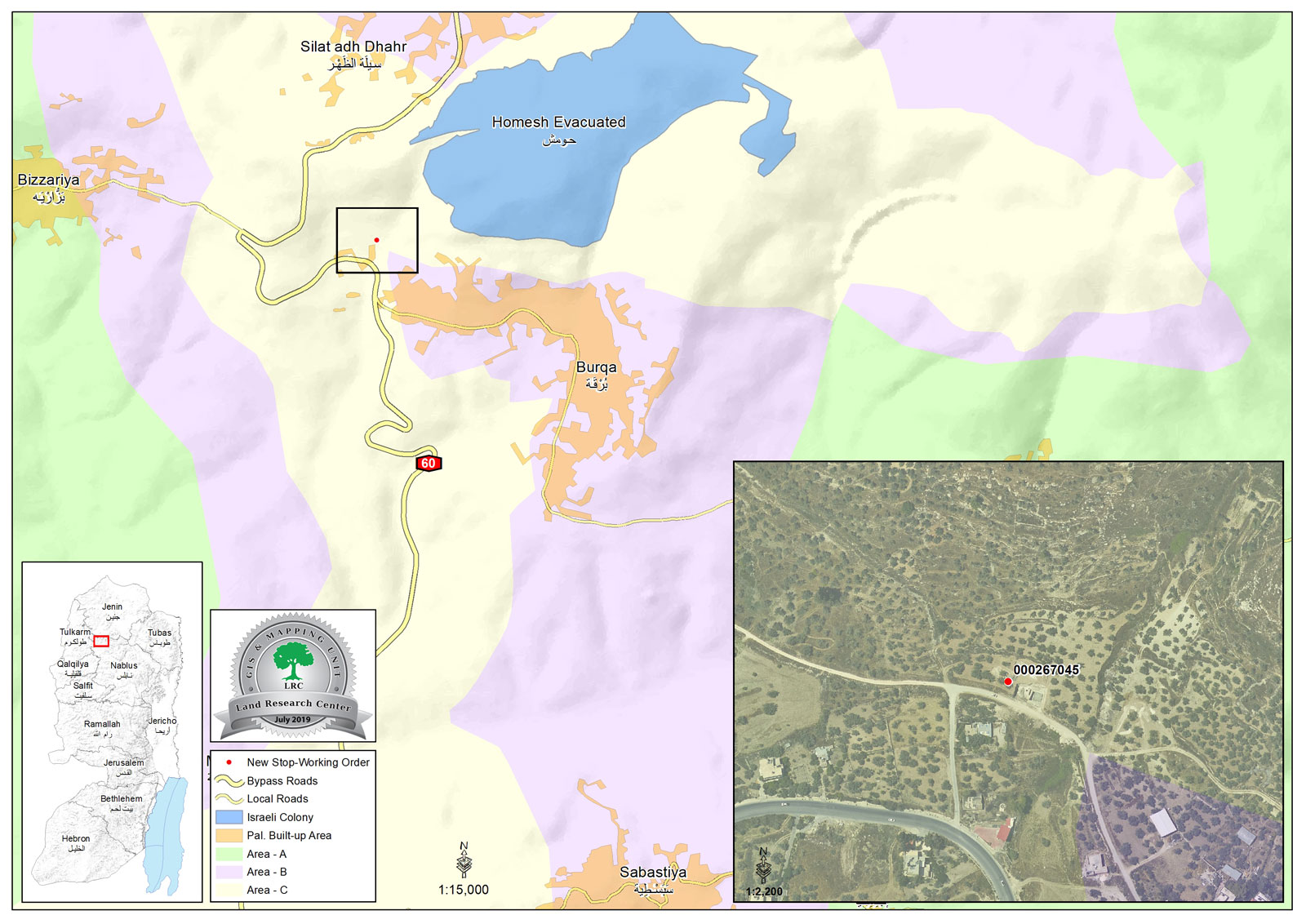 “An army force and a vehicle related to the building and organizing department in the civil administration raided the area and handed a halt of work order that targets an under construction building that belongs to me and my brother . The targeted building consists of 3 floors.

Once we received the military order we informed the official bodies in Nablus and Burqa village council, they leaded us to the legal consultant office that was established by the Land Research Center in the joint services council of west Nablus villages, where together we prepared a legal file and filed an objection.”

The colony was established in 1980 on the boundary between the Nablus and Jenin governorates on the expense of the village of Burqa. It was built atop Parcel 6 of Jabal Al Dohoor on land pieces number 1 through 22. Until 2005, the colony had confiscated 1050 dunums of which 157 were its built-up area. Upon its eviction, there were 181 colonists living in the colony’s houses and 10 mobile caravans. In addition, there were around 4,000 dunums surrounding the colony that were considered to be a buffer zone to which Palestinians were prevented from entering or using for any purposes.