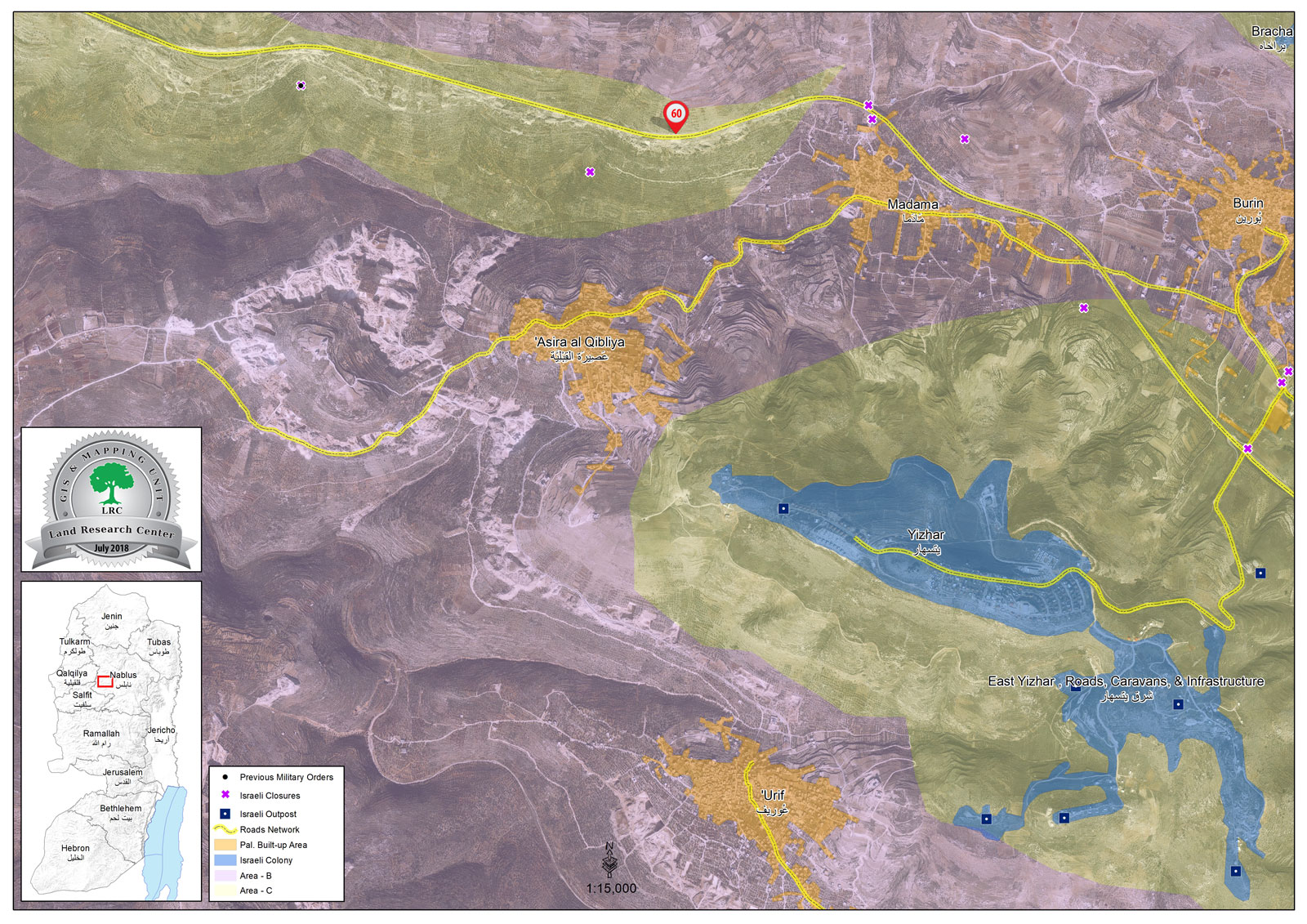 Victims: three citizens from the village.

Sunday 8th of September 2019 , settlers from Yitzhar settlement damaged and destroyed the glass of three cars , during their attack on ‘Asira Al-Qabiliya village south Nablus city.

“In the early morning hours of Sunday , a group of settlers sneaked to the eastern neighborhood of ‘Asira Al-Qibliya. The perpetrators were 15-20 armed settlers who ruined the tires and broke the windows of three  cars. Luckily, once the town’s people woke up defended themselves and made settlers run back to their settlement.”

The damaged cars belong to:

Noteworthy, Perpetrators of such attacks are related to the price tag gang. Such gangs are related to radical right wing groups that encourage and provoke terrorist attacks against Palestinians.

‘Asira al Qibliya is located 20 km south of Nablus city; it is surrounded by the villages of Tell (north), Tell, Zita and Jamma’in (West), Madame (East) and ‘Urif and Jamama’in (south).

Its total area is about 6440, 332 are the town’s built up area. There are 530 dunums confiscated for the enlargement of Yitzhar, which was established in 1983 and populated about 440 settlers.

According to Oslo convention the land is divided to: