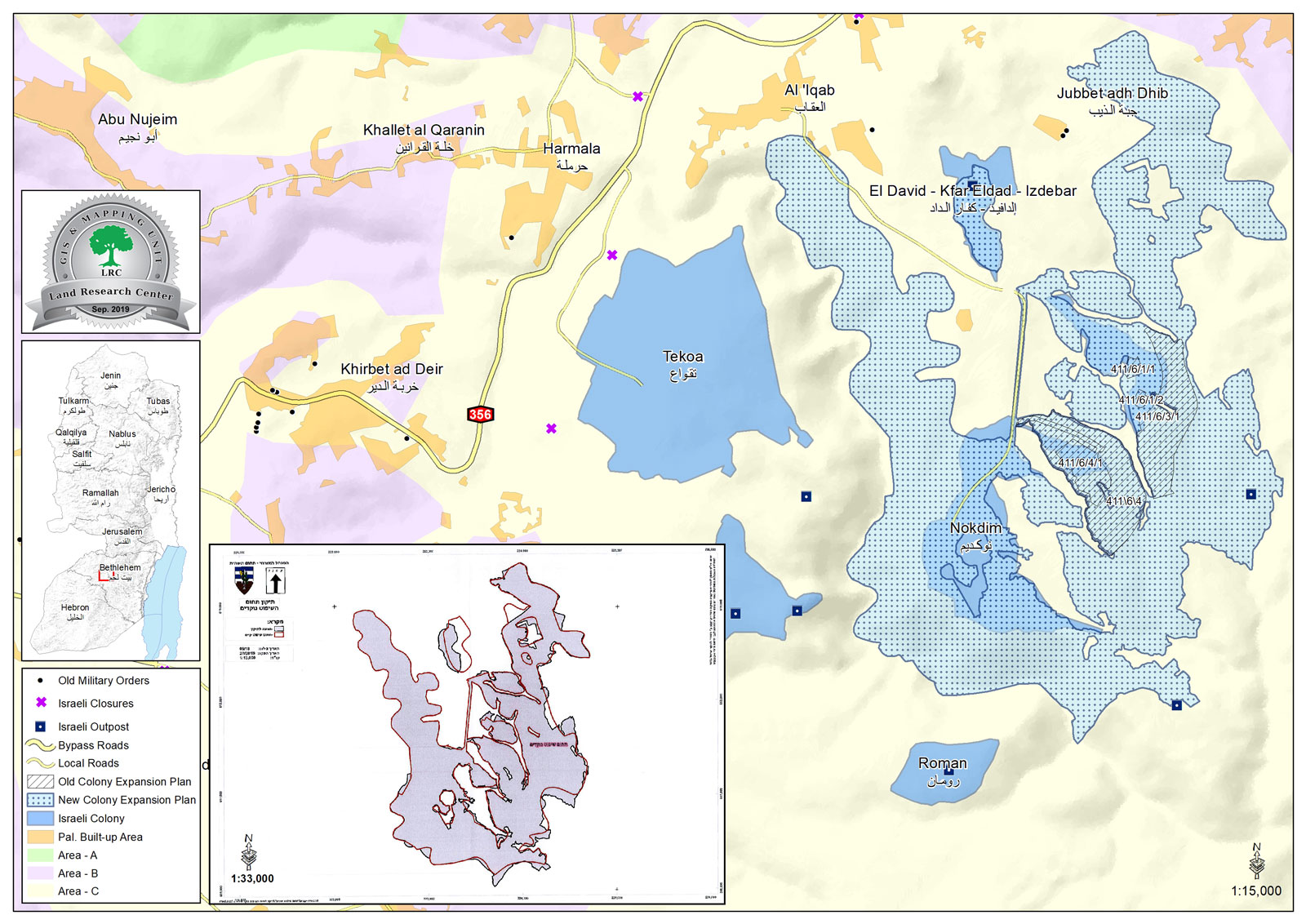 According to the military order the owners have only 21 days to object starting from the announcement date, so they started preparing the legal deeds and contacting relevant bodies to solve the case legally.

The confiscation order is not clear  at all, it says that the area will be confiscated for the expansion of Nikodym settlement , but without explaining precisely what are the targeted plots, in order to deceive citizens and putting off the objection procedures.

According to the Geographical information Unit in LRC estimations, the confiscated lands will reach 3500 dunums. The confiscation aims to connect “Nikodym” , “Al David” and the outposts between them , as another step towards achieving their project “The greater Jerusalem”.

Despite that fact that international conventions and agreements consider Israeli colonies in West Bank Illegal, The occupation authorities are expanding more and more without considering the basic human rights of the endogenous people.

The constringing policy by the Israeli occupation authorities of confiscating Palestinian lands in order to  build illegal random outposts and settlements can only be regarded as a violation of all international conventions and agreements like:

Resolution 2334 (2016) : The resolution states that Israel's settlement activity constitutes a "flagrant violation" of international law and has "no legal validity". It demands that Israel stop such activity and fulfill its obligations as an occupying power under the Fourth Geneva Convention.

The Geneva Fourth convention relative to the protection of civilian persons in the times of war: