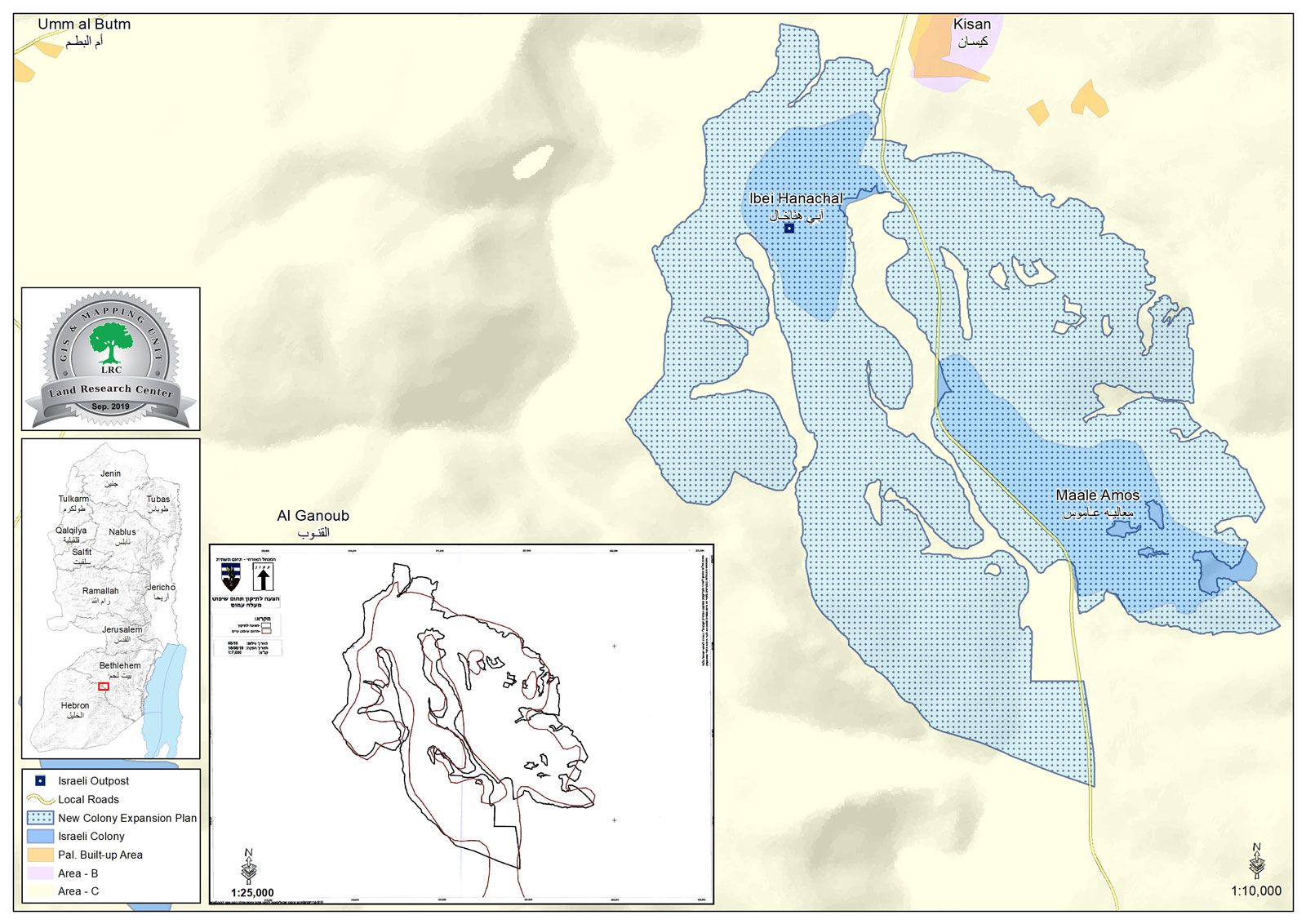 The targeted plots (that will be confiscated for the expansion) are in Kisan and Ar-Rashayda , the announced plan has a total area of 2300 dunums , which reflects the occupation’s intention to take over as much as it is possible of Palestinian lands.

The announcement of the civil administration was attached by an illustration map , the map shows black lines around the settlement’s area after the expansion , and redlines that shows the expansion area , and a straight line that goes to Bareyet Ash-Shuyukh and Bein Na’im which reflects their intention to grab thousands of dunums .

The occupation’s announcement and military orders deceive others that the Israeli occupation follow up lows and take measurements legally, but in reality they take over Palestinian privately owned lands illegally and violate their basic rights according to international conventions and agreements.

The Israeli occupation authorities promotes and supports all sorts of colonization activities for their slogan “colonization is vital  for the Zionist project” , this is why they enact laws that get along with their objectives.

According to Oslo Accords, 11% of Kisan is a natural reserved area, 40% of the villages lands are under area B. However, most of the village lands (49%) is under Area C (Israel maintains full security and administrative control). Here are the area in dunums: