The Israeli Occupation Civil Administration – competent Authority head “Ghassan ‘Elian” issued in the 1st of September 2019 a resolution of Seizing and taking power of disposal in agricultural lands with a total area of 8.071 dunums for public interest. The resolution was entitled “seizure and taking power of disposal “expanding and repairing road 60” implementation of seizure order 93/1.

The military resolution states that the civil administration referred to articles 4 and 12 of lands seizure regulations for public interests, after they decided to expand and repair road 60 in Al-Khader area.

Noteworthy, the resolution means confiscating privately owned agricultural lands in Al-Khader and Beit Jala. In fact , as usual , the Israeli occupation authorities will use this resolution to impose control over wide areas around the road under several claims such as security. There are always new laws that facilitate and give legal standing for land grabs.

The announcement said that affected owners will receive reparation, but what reparation will make up for losing one’s inherited land? , owners refused the idea of reparation because world money won’t be a price for the land of ancestors. The owners grew up with the trees taking care of them day by day , how could they give up on them.

The Israeli occupation have been heavily targeting Bethlehem governorate recently, there is an escalating wave of attacks and land grabs under public interest claims, but with one purpose  which is devouring more and more of the Palestinian lands.

However, affected landowners and Al-Khader and Beit Jala municipalities unified efforts to object to the resolution. 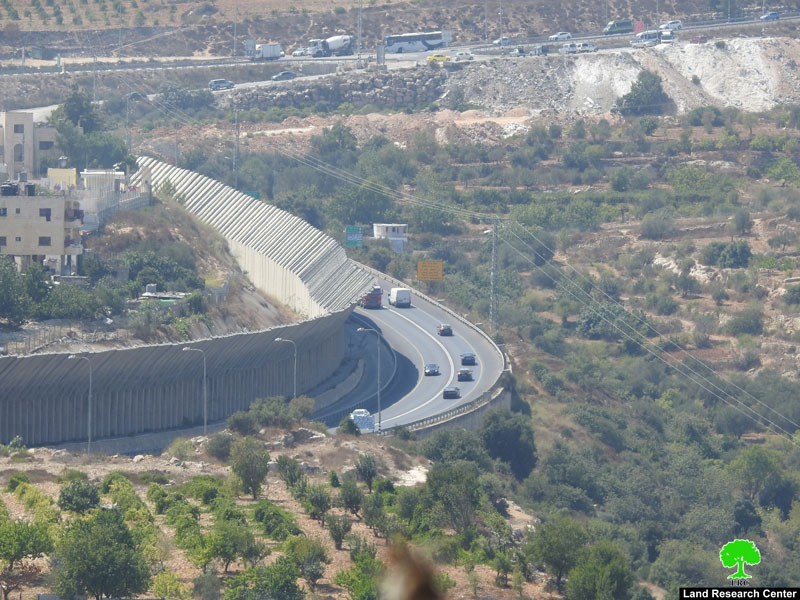 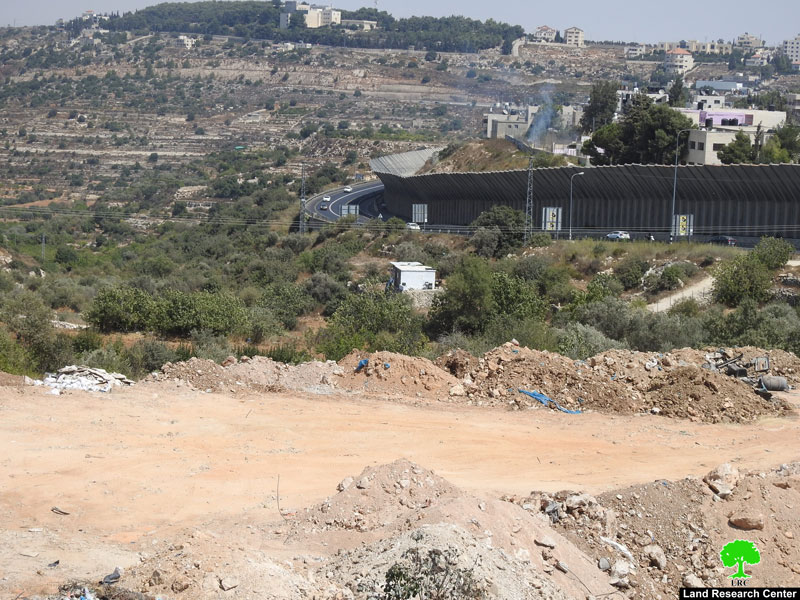 The targeted lands in Al-Khader and Beit Jala

The bypass roads number 60 and 375 also despoiled more than 487 donums. In addition to establishing the apartheid upon its lands which causes the demolishing of 280 donums and isolating of 5638 donums behind it. The length of this apartheid existing upon the village's land is 2,805 meters.

The village's lands are classified in accordance with Oslo concord into areas( A,B ,C). Area A composes 10% , Area B 6%, Area C is the greatest area and it is under the total occupation domination, and it composes 84% from the total area. The areas are clarified in donums as following:

Land Research Center sees that grabbing and confiscating Palestinian lands is a flagrant violation of all international conventions and agreements that are related to natural resources:

Article 1 of the International convent on Civil and Political rights: part 2. All peoples may, for their own ends, freely dispose of their natural wealth and resources without prejudice to any obligations arising out of international economic co-operation, based upon the principle of mutual benefit, and international law. In no case may a people be deprived of its own means of subsistence.

Article 17, of the Universal Declaration of Human Rights.


(1) Everyone has the right to own property alone as well as in association with others.

(2) No one shall be arbitrarily deprived of his property