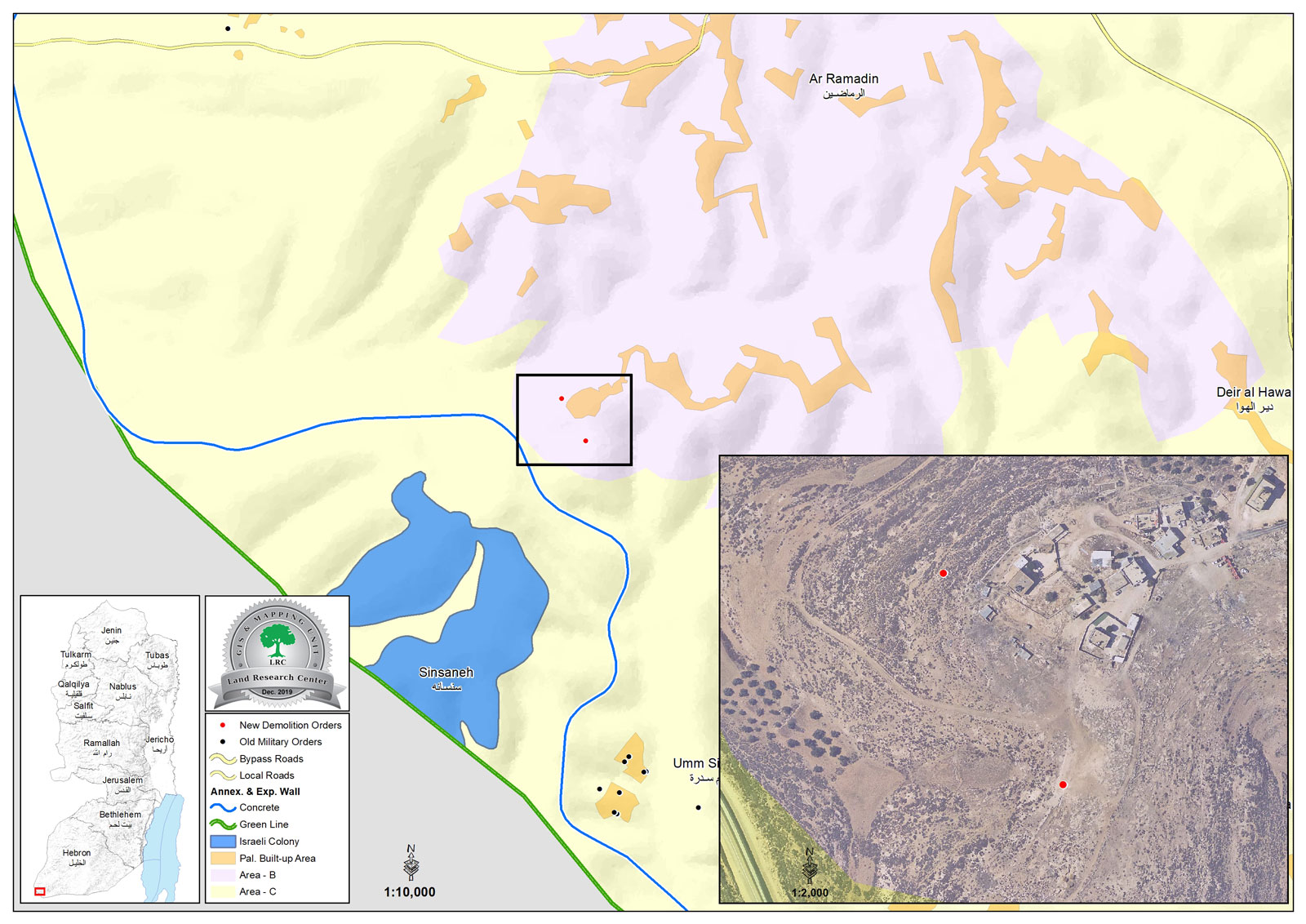 Violation: Israeli military orders target a residence and a facility.

Anwar (23) told LRC: “A civil vehicle accompanied by an army patrol raided the area , and put the military orders under a rock at the location.”

The military orders were written in Arabic and Hebrew , and entitled (an attachment to an announcement of a demolition intention) which states (according to my authorities as an area army commander , I was informed of illegal constructions in the area, in a location previously targeted with a halt of work / confiscation order number 11/14) , the occupation authorities gave the owner 7 days to object before the demolition.

The orders targeted the following structures:

Now the occupation authorities have new pretexts to demolish houses and facilities in West Bank , that is their location close to the apartheid wall that ate up vast areas from the west bank . It is noteworthy, the occupation authorities served another demolition order of this type in Beit ‘Awwa west Hebron, on the recent days, three military orders of this type were served only in Hebron governorate