Monday, December 23 ,2019 about 10:00 am , A massive army force raided Khirbet Tana “6 km East Beit Furik” , the force was accompanied by 4 military jeeps , 4 vehicles related to the building and organization department in the civil administration , 4 bulldozers and 30 masked militants.

The force reached the pastoral reserve of Khirbet Tana , and banned movement , closed up the area , set up roadblocks, then carried on destroying the fence .

The responsible on the reserve Kamal Hanini told LRC the following:

“The Israeli occupation militants pulled off the fence to make a way for bulldozers to get in, they also cut the trees of the reserve with a sharp tool, the operation continued for 5 hours, leaving great damages on Khirbet Tana reserve, and a partial damage for other two reserves”.

The operation left the following damages:

Noteworthy, LRC implemented the Pastoral reserves project in Bedouin communities in the west bank (2015-2016) , in partnership with Oxfam and funded by  the Belgian Development Agency within (Supporting Steadfastness of Palestinian Sommunities in area C) project activities .

The main aim of the project is to support the steadfastness of Palestinian Bedouins in area C , through providing postures, after the occupation closed most postures for military proposes , which made cattle breeding even harder and more expensive in communities that depend mainly on cattle breeding for living.

The idea of the Pastoral reserve was to irrigate the trees for years until they are ready to be used as postures, then practicing grazing rotation as a good agricultural practice, which was managed by a committee of volunteer herders from the surrounding communities.

The occupation targeted Khirbet Tana pastoral reserve that occupy over (300 dunums) and fenced by 3100*1.5m fence, and planted by 4000 pastoral saplings, such as : Acacia, Retama, cactus, Christ's thorn jujube , Tamarisk, Carob and Moringa. During the last three years, farmers have been irrigating them waiting patiently for them to grow.

The Israeli occupation designs in the Palestinian territories are increasing fast after the Israeli minister of defense Neftali Benett’s  meeting with European ambassadors and threats of demolishing any new structures in area C, including those funded by the European Union. 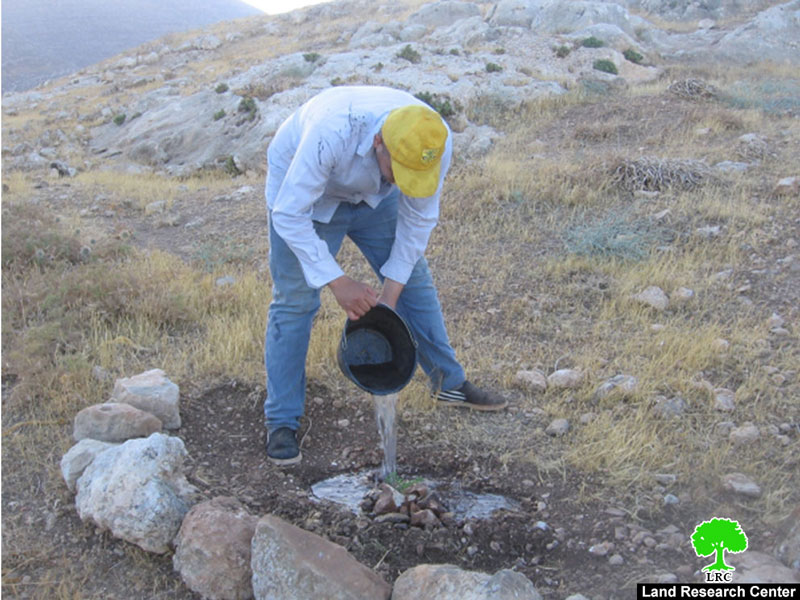