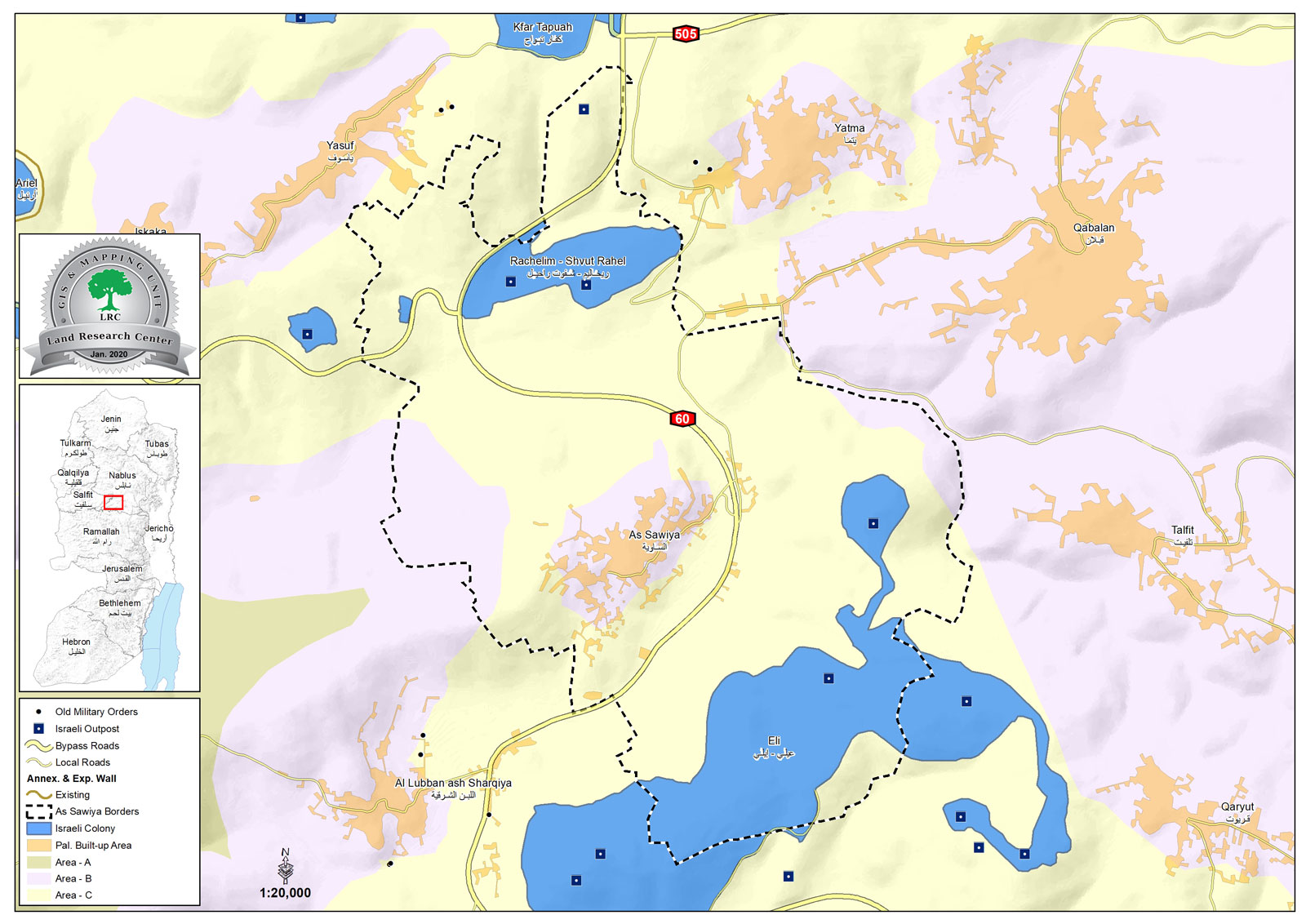 Wednesday , January 8th 2020 , about  11:00 am , settlers of “Rehelim” were seen sabotaging olive trees from an olive grove in Dar Kamuna location southwest As-Sawiya.

“One of the passing drivers told us  that he saw settlers cutting and sabotaging olive trees in our olive grove  in  “Dar Kammuna” area , when I got to the olive grove , I found out that settlers already sabotaged most of the trees , and ran to “Rehelim” settlement only 500 m away from our plot.”

Mr.Hamd Salih also told LRC reporter: “ in 2013, settlers of “Rehelim” uprooted number of olive saplings from the same olive grove , I cultivated them once again, and now they came back after 7 years and sabotaged them, but i will never give up, and I will plant olive saplings all over again” .

The Israeli occupation confiscate (2662) dunums of its lands for the following purposes: