Thursday, February 13th 2020, part of Dhafer Ash-Sharabaty house collapsed due to the occupation’s excavations under the house.

The house is inhabited by two families: Dhafer’s family of (4), and his brother’s Nabih family  (4), they now live with their neighbors after the collapse of the house.

“We have been living in this house since 1987, which is 200 m from Al-Aqsa mosque , one week ago we heard a collapse at the heart of the house , and we were shocked when we saw a massive hole on the house floor , revealing excavations under the house.

This was very shocking and we did not know how to get our properties out from the house, as we fear that maybe there will be a bigger collapse.

The Israeli occupation police and civil defense got to the house , and told the family to spend the night at a hotel, because the house is no longer safe for them". 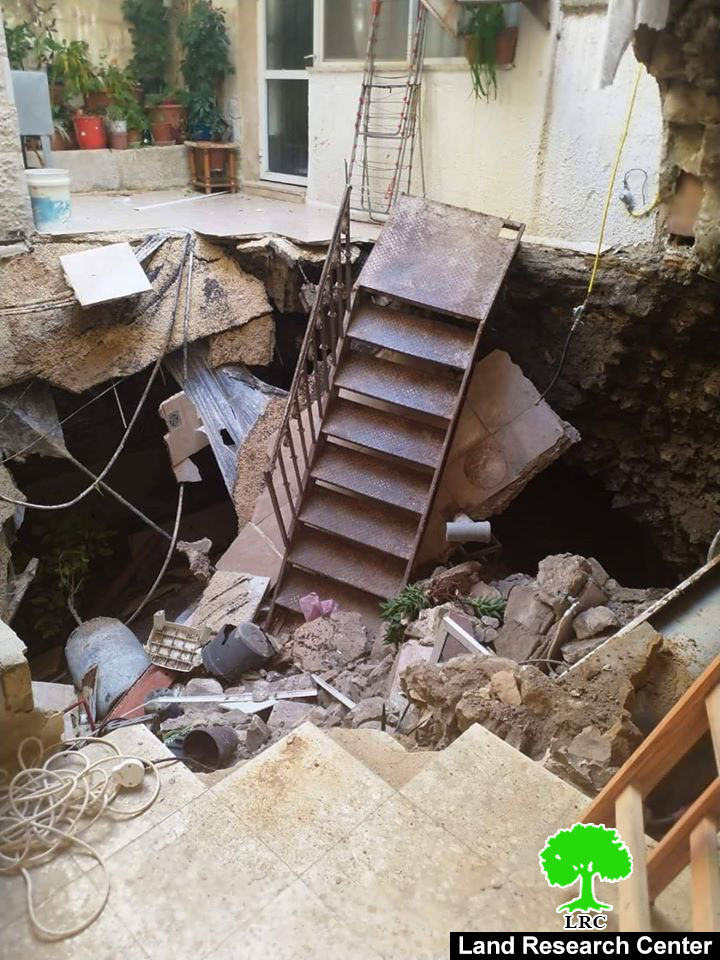 Thursday, another collapse caused the downfall of the rest of the house floor . In the recent years at night , I have been hearing the voices of bulldozers and excavations all night long under the house , because the Israelis have been digging looking for the so called the Temple mount under the Old city of Jerusalem , which caused the collapse of several Palestinian houses in the city.

Most Houses of the old city of Jerusalem need rehabilitation because they were built long ago , but the occupation authorities prohibit any construction works in the city.

And during the recent years several houses collapsed and cracked in the old city due to excavations works.

Therefore, the occupation’s municipality is held responsible of the following: