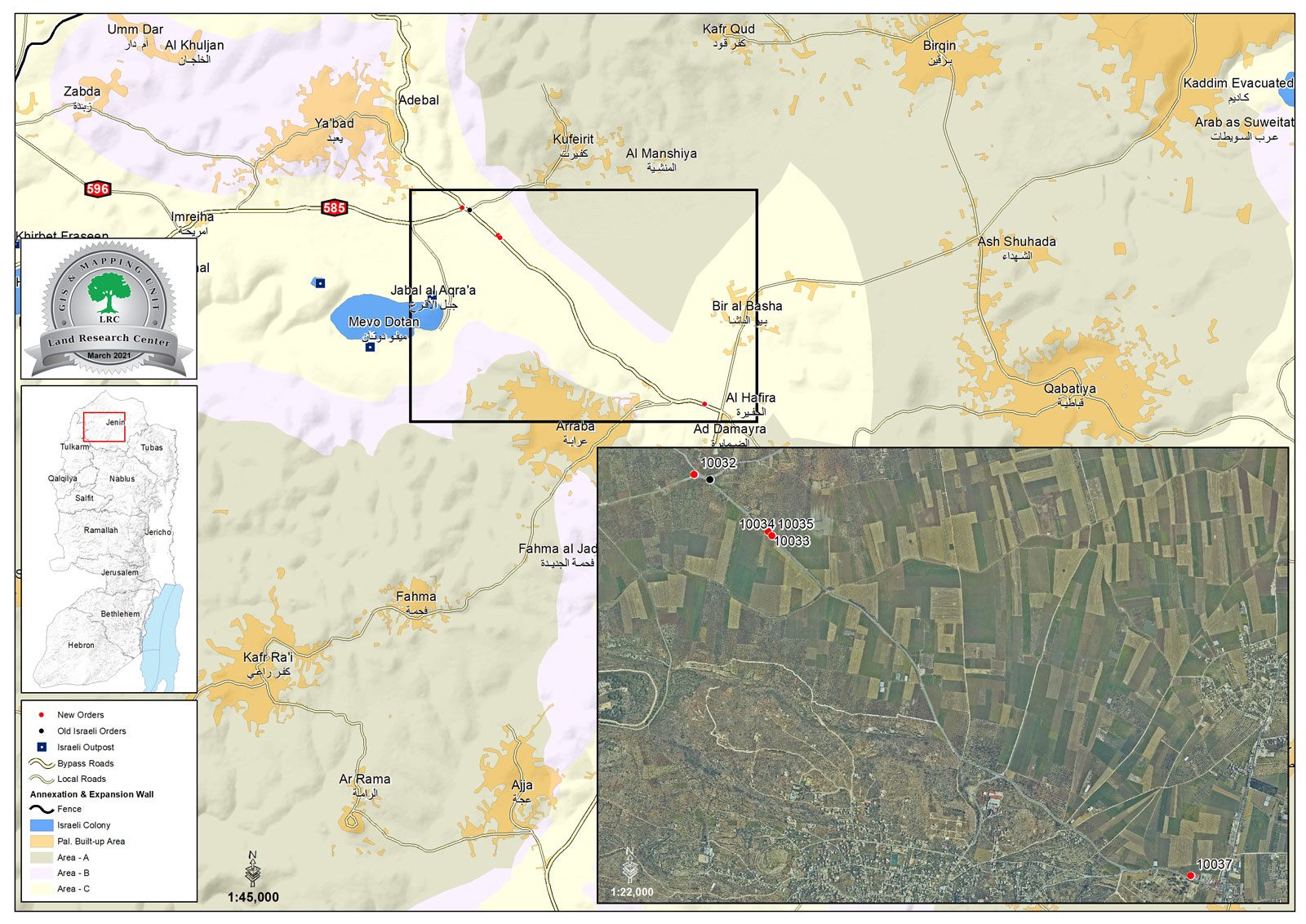 Victims: Number of families at the area.

The Israeli Occupation through the building inspector at the civil administration imposes more restrictions on investment and trading north ‘Arraba in Jenin governorate; starting businesses and workshops is becoming harder especially at the area that surrounds ‘Arraba military camp, which the occupation claims had evicted in 2004.

Sunday morning, March 21st 2021, the building inspector at the Israeli Civil Administration raided Arraba plain lands east Ya’bad , and targeted number of agricultural and trading workshops with “Removal military notices” on the pretext of building without a license , under which the owners were given only 96 hours to carry out the demolition , and were threatened in case they did not carry out the demolition on their own, the occupation forces will and make them pay the high costs of operating the machineries.

The notices were issued in reference to military order “1797”, which deprives Palestinians from their only hope “To object” . Military order 1797 targets newly constructed building inhabited for less than 30 days, or those completed (built) in less than six months.

The following table shows more information about the targeted structures:

People of Ya’bad are holding well and investing in their land despite the difficulties imposed by the Occupation against the projects.

This report was prepred with EU funding