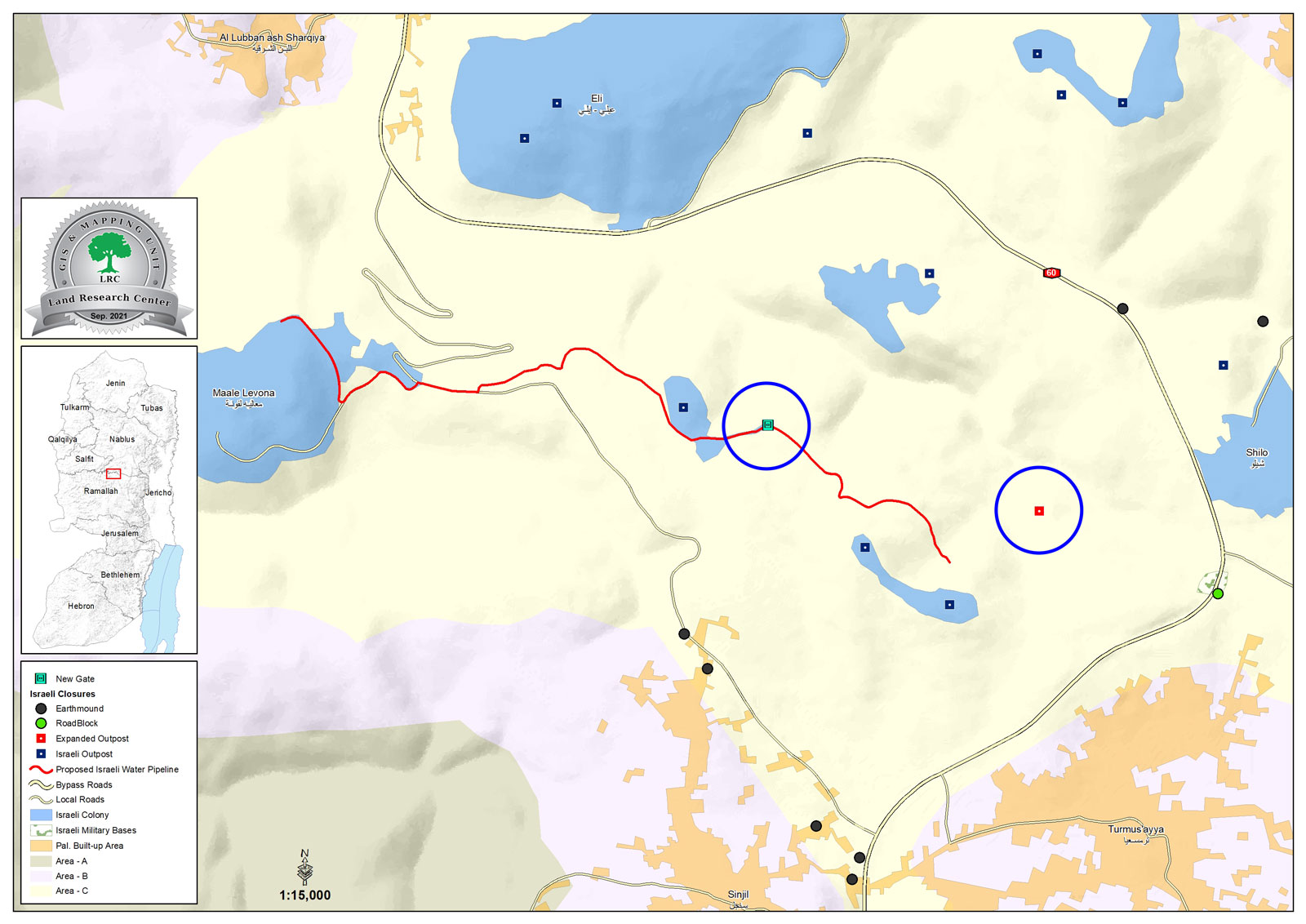 Victims: People of the town.

Wednesday, September 2021, Giva’at Haro’a colonists sat up 16 colonial units on the southern part of the outpost which is illegally built on Sinjil town lands.

The Israeli Occupation also continues and expands its colonial activities at the West Bank, including confiscating agricultural lands and changing its features and identity in order to achieve colonial objectives.

Noteworthy, the new expansion at Giva’at Haro’a will devour 9 dunums of postures that the occupation claims are state properties.

Noteworthy, Giva’at Haro’a outpost was establishes in 2001, after illegal Israeli colonists took the approval form then prime minister Ariel Sharon, who also provoked them to take over hill and mountain tops at the West Bank to establish random outposts.

Setting up a new metal gate:

The new gate isolates 350 dunums of olive groves, and contain them within siege that surrounds the colony. Nevertheless, at this area The Occupation authorities prohibit farmers access to their lands without prior coordination with the occupation forces, and only allows them to enter their lands during olive harvesting seasons.

Sinjil has a total population of 5742 people according to statistics conducted in 2017. It has a total area of 14028of which 888 are a built-up area of the village.

Moreover, bypass number ’60 took over 246 dunums of the village lands.

According to Oslo Accords, 14% of Sinjil is under Area A (PA has full civil and security control) while 30% is under Area B (PA is in charge of civil matters with Israel responsible for security). However, most of the village lands (56%) is under Area C (Israel maintains full security and administrative control). Oslo accords divided the town’s lands: