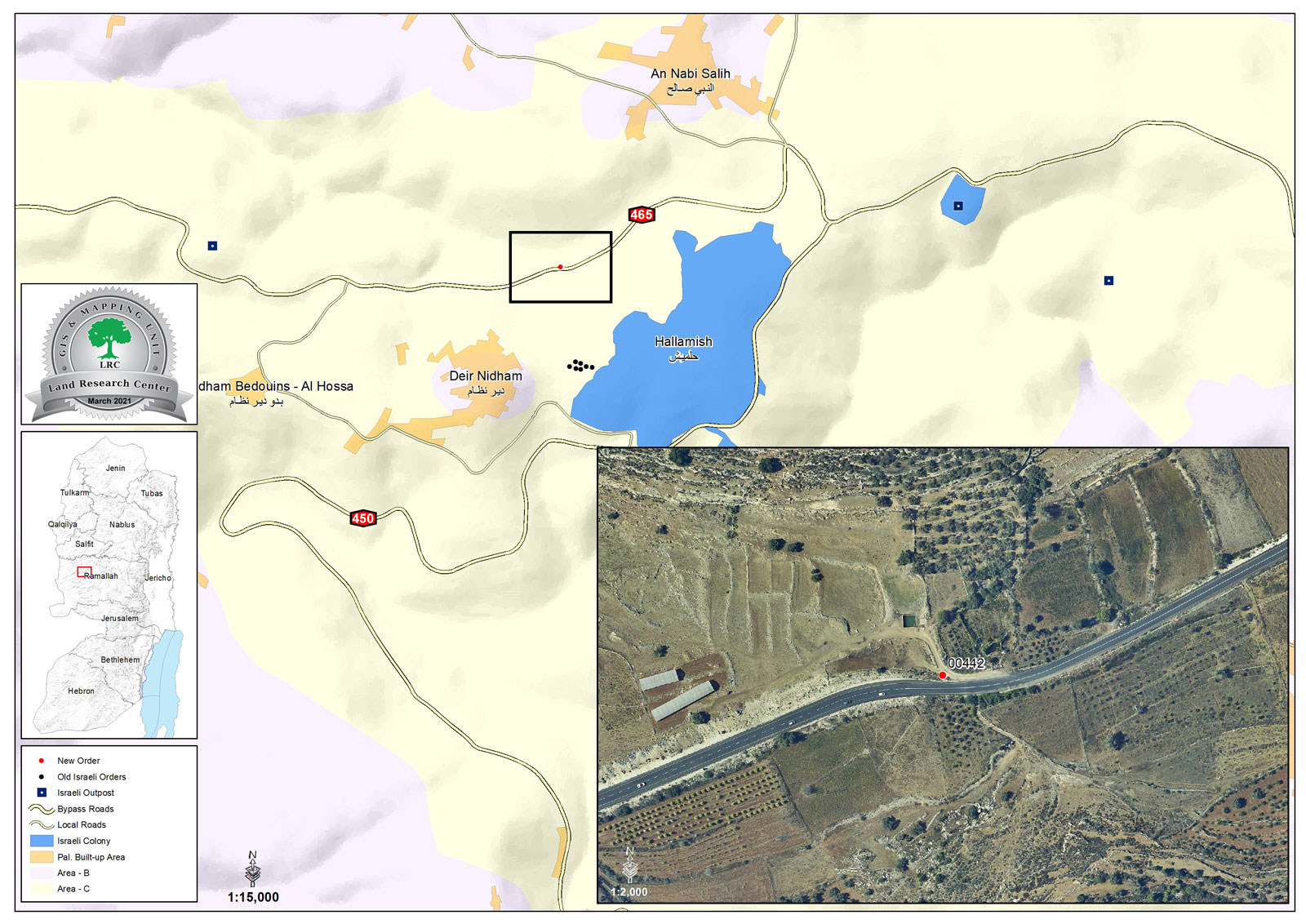 Perpetrators: The Construction inspector at the Israeli Civil Administration.

Victims: 19 families at the village.

Wednesday morning, March 24th 2021, The So-called inspection officer at the Israeli Civil Administration raided Wad Abu Rayya area north Deir Nitham in Ramallah governorate, and served a demolition notice for a metal gate and a fence, (about 800 m) on the pretext of damaging antiquities.

The notice targeted an agricultural project on an area of (55) dunums. The targeted project was implemented by the Economic and Social Development Center of Palestine, following an attack in March 19th 2021, during which Israeli illegal colonists destroyed a siege and uprooted 1991 Almond saplings.

Noteworthy, the targeted area is nearby “Halmish” colony which is illegally built on the village lands, colonists have been carrying out continuous attacks on nearby agricultural lands.

The Occupation also finds pretexts and excuses to stop citizens and landowners from cultivating their land or building on them, aspiring to keep the whole area a reserve for future colonialist projects.

Noteworthy, many of the area’s people consider agriculture a main source of income, and sometimes the only source of income. However, the harsh reality imposed on farmers made it harder for them to put food on the table. 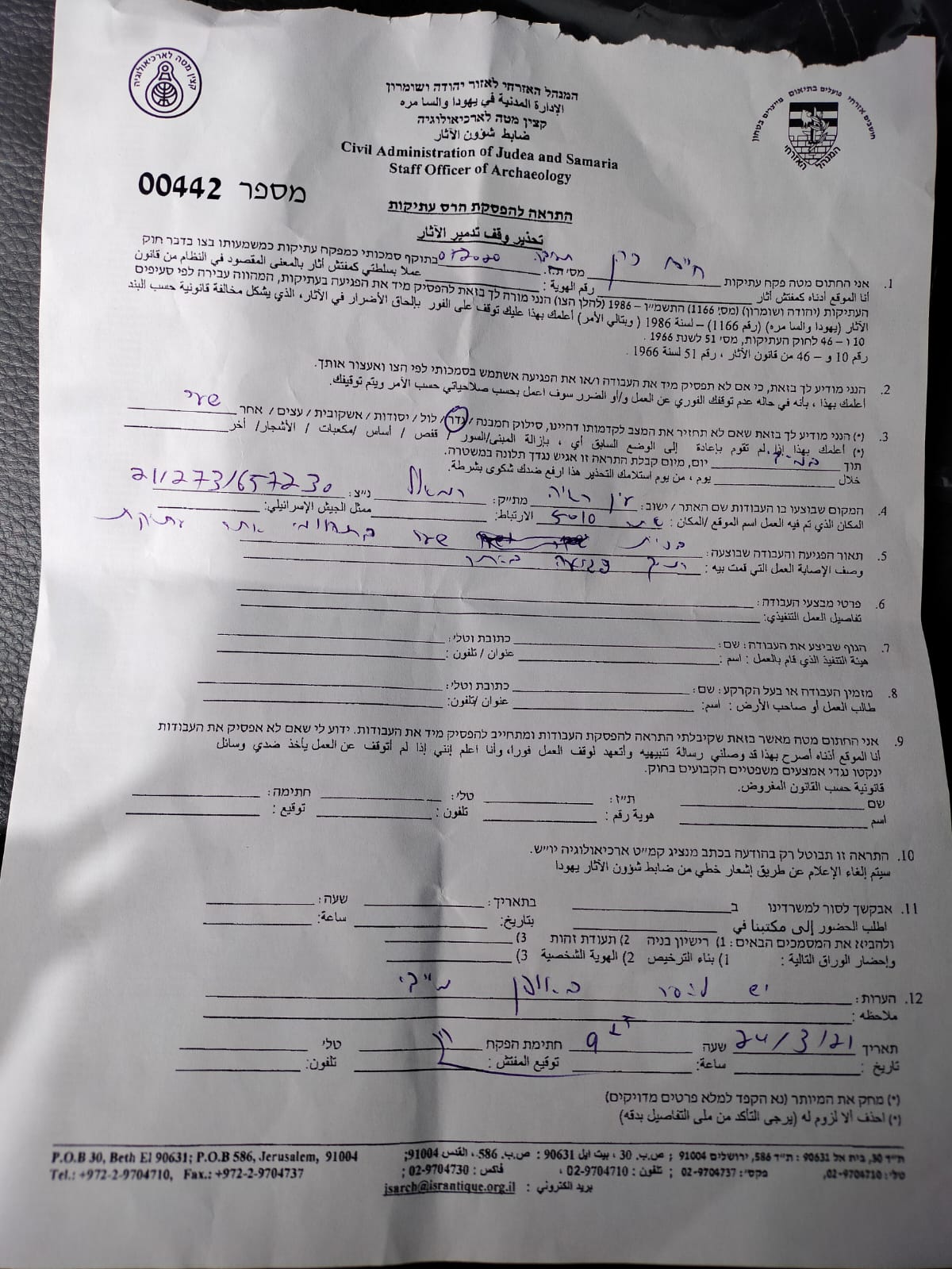 Notice number 00442 that targets both the gate and the siege

Deir Nitham has an area of 2,758 dunums , 161 of them are a built up area of the town, the Israeli illegal occupation confiscated parts of the towns’ lands for the following purposes:

The land is divided according to Oslo convention to B and C areas: