Mrs. Rana Salah -Hassan’s wife – thanked LRC and Milad office in Ar-Reef Al-Gharbi for their cooperation in preparing legal files and adopting their case, she also talked about the family’s continuous suffering after a settler seized a land in Al-Makhrour and started carrying out provocative tours in the area that lacks for even an appropriate electricity network.

The tour was concluded in Al-Makhrour area west Beit Jala , to a location close to the plot seized by the settler, who quickly transformed it into a fenced  outpost , while  on the other hand, The Israeli occupation and their bulldozers demolished Al-Makhrour restaurant that belongs to Ramzi Al-Qaisiya. 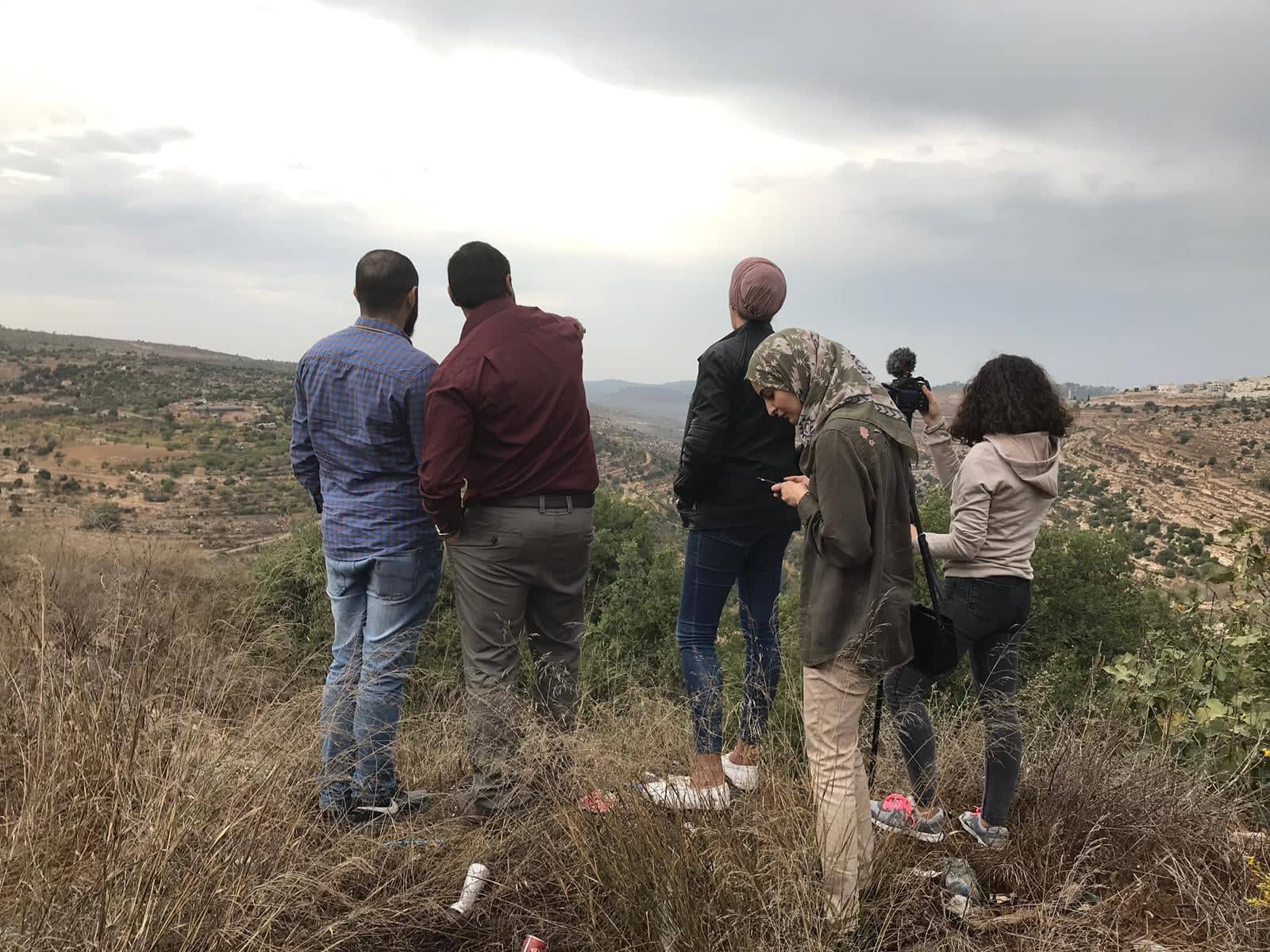