LRC hosts a delegation from the EU office in Palestine 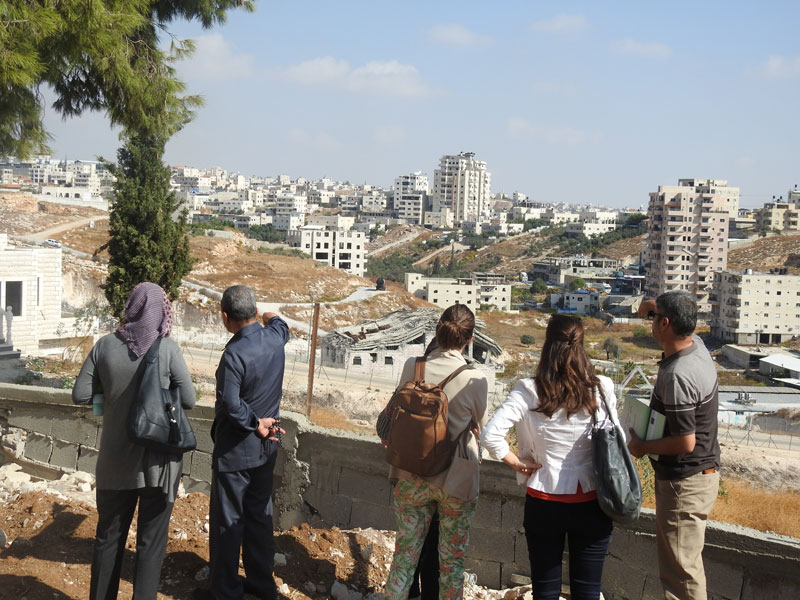 The participants conducted a field tour that included Al-Khas village , where the delegation saw the destruction left by the occupation bulldozers in Wadi Al-Humus after they destroyed several residential buildings , they also learned about Israeli demolition policies in Jerusalem and its suburbs and the current situation of Wadi Al-Humus.

Then, the participants headed to Za’atara village to observe “Nokodim” illegal settlement continuous expansion, where they met with Milad legal aid office members Mr.Nsri Suliman and Eng.Mes’adeh Jubran, the attendants looked into “Nokodim” settlement expansion schemes which is constructed on confiscated lands from Tuqu’ , Za’atra and Jannatah.

The delegation expressed dismay over Israeli Human Rights violations against Palestinians , and confirmed their solidarity with the Palestinians in their steadfastness and struggle for their rights of land and housing.