The Land Research Center - Arab Studies Society, on Monday, commemorated the anniversary of the immortal Land Day through an activity carried out at Jabal Al-Baba Bedouin Community- East Jerusalem as part of the Kanaan project.

The meeting was opened by Ms. Barbara with an introductory speech about  the Kanaan  project, partners  and its philosophy of action which targets Jerusalem in all its senses in order to create a steadfast political reality in East Jerusalem against the occupation policies. 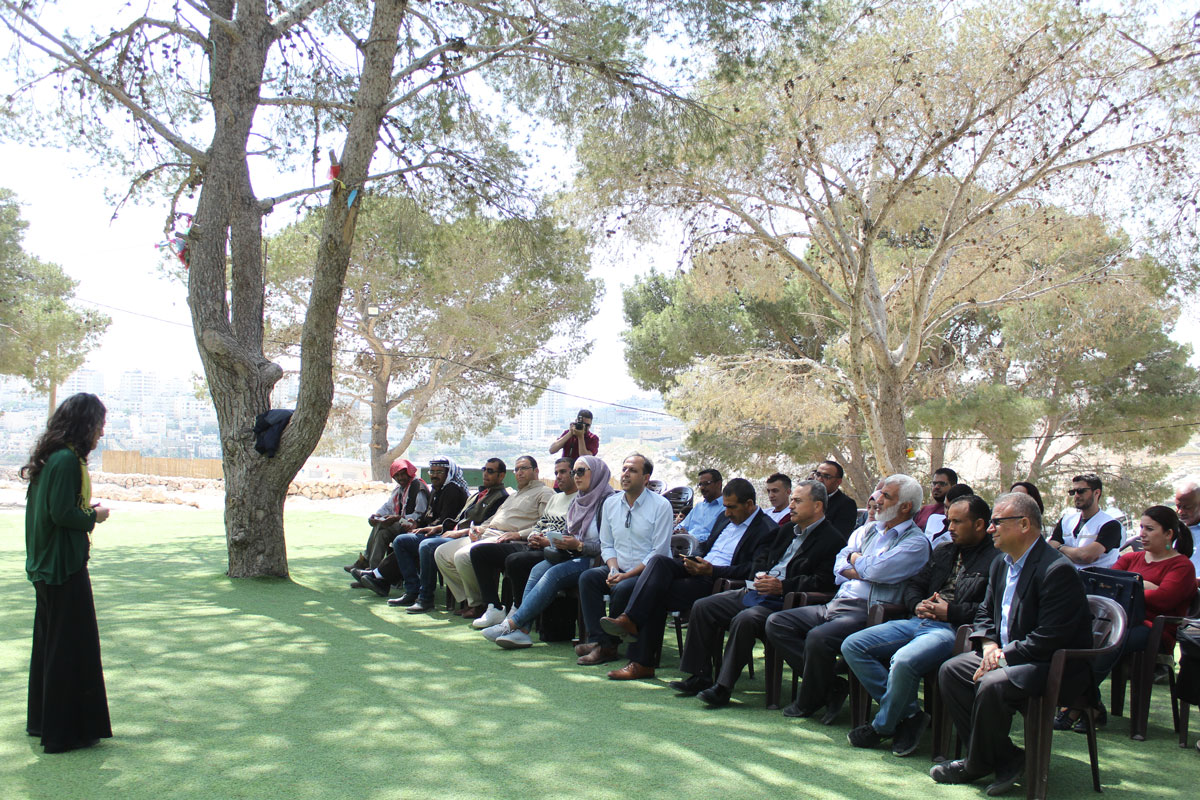 Mr. Odeh Allah Al-Jahalin, Chairman of the Jabal Al-Baba Bedouin community, pointed out the importance of commemorating Land Day one of the Bedouin communities of East Jerusalem, which is surrounded by one of the major settlements. He also mentioned that Israeli continuous harassment on the area's residents and the demolition of 54 residences there. Despite all, Bedouins steadfastness and resilience was there against the occupation plans.

The director of the Land Research Center, Mr. Jamal Al-Amleh, discussed the persistence of the Bedouin communities in the face of colonies' greed since the Israeli occupation of the Palestinian territories. He reviewed the beginnings of the conflict on this land since the Campbell Conference in 1907, which decided to divide and tear the Arab region down. He also mentioned the occupation's policy of land confiscation and home demolition that is being implemented since 1948 until today.

Mr. Ayed Marar also reviewed the Israeli colonial plan(E1) that will be implemented on the land of Jerusalem Governorate.  He explained that the Israeli occupation sees the city of Jerusalem as the appropriate place to implement this plan. Marar cheered Bedouins steadfastness and explained the philosophy of legal defense and the E1 implementation procedures.

The meeting concluded with a speech by the Minister of Foreign Affairs Walid Assaf calling for taking care of the land and not leaving it for occupation and colonization takeover interests. He explained that the occupation is seeking, through various means, to expel Palestinian citizens from their lands. He also explained the strategy of Anti Wall Commission in supporting steadfastness of Palestinians In Area C. This will include the provision road construction and water well projects to all Bedouins  and rural communities  that are violated by the occupation in addition to provision of support for families in financial, educational and health  emergencies.

The commission intends to provide support for patients and scholarships for the affected children. Noteworthy, the event included the planting of two olive trees on the lands of Jabal Al-Baba community  in commemoration of Land Day. 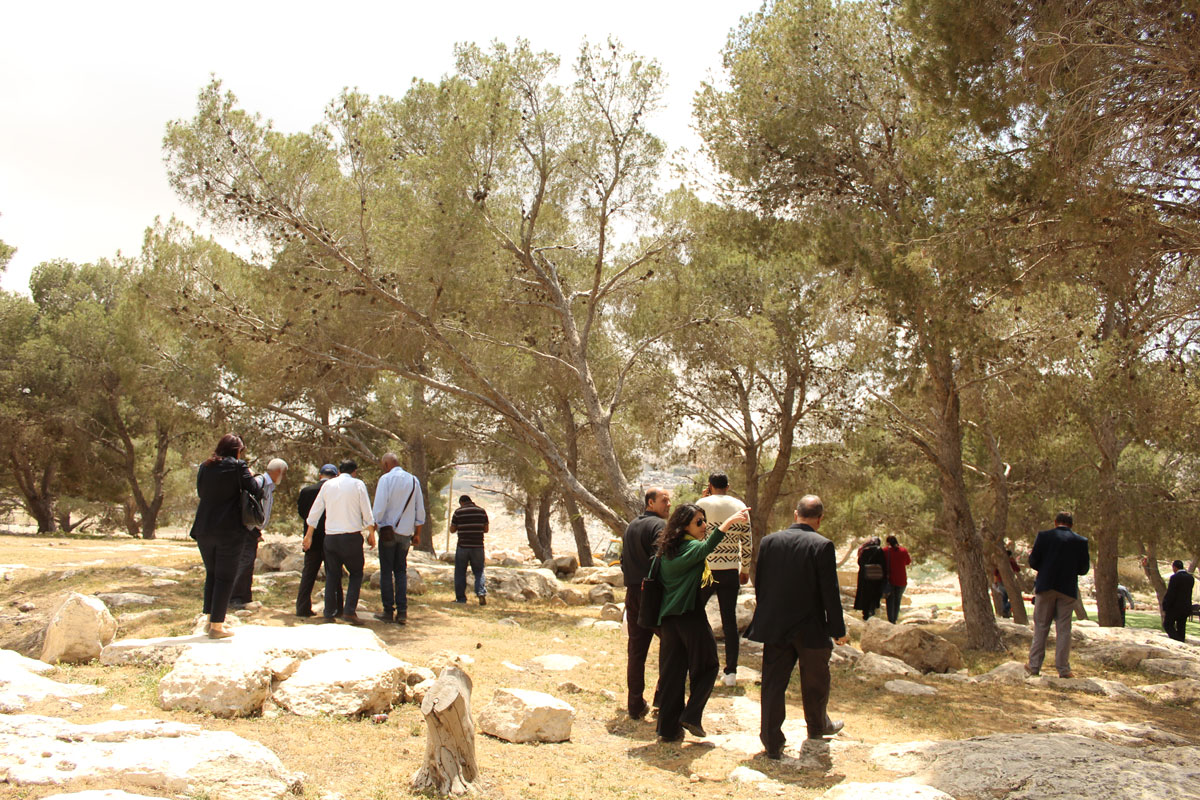 At the end, the participants toured Jabal Al-Baba community  and learned about the natural reserve carried out by the Land Research Center in the area.

It should be noted that this event was carried out within the activities of the "Kanaan" project, which is implemented  by Land Research Center in partnership with the Bisan Center for Research and Development, Defense for Children International, the Health Work Committees, the Palestinian Women's Committees Federation and the Alternative Information Center with funds from the Basque Agency for Development Cooperation.

The project seeks to strengthen the social fabric of the local Jerusalem communities and promote the Palestinian identity of Jerusalem at the local and national levels.