Thursday April 22nd 2021, The Israeli Occupation Forces Issued an eviction military order for people of Khirbet Ibziq north Tubas, in order to carry out military trainings, on the hamlet’s lands.

A massive army force raided the Khirbet and gave three families eviction notices for four days in order to carry out military trainings at the area, the notices provided the following dates and times:

The Occupation Forces are threatening that in case residents did not comply to the eviction notices, they well be vacated forcedly, and the forces will confiscate their animals and impose expensive fines on them. 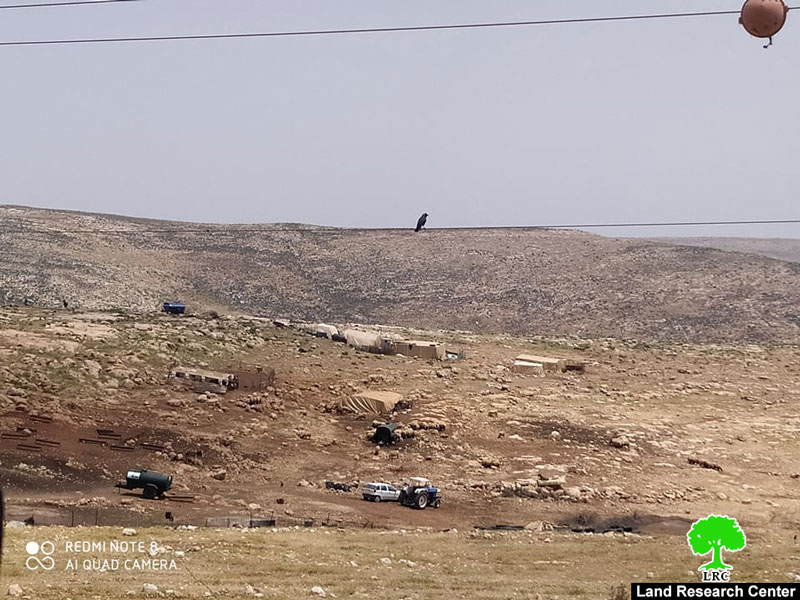 The following table shows more information about the targeted families:

“Khirbet Ibziq has a total population of 8000 dunums most of which are registered to the Jordanian treasury, the Khirbet has a significant location that connects lands of Jenin and North Tubas. Most of Ibziq lands are agricultural and/or pastural, and used by number of farmers at the area. A great part of the area’s residences are under demolition threats, including At-Tahadi school at the hamlet, in addition to frequent raids carried out to harass citizens and steal their properties, on the pretext that the area is a closed military zone.”

Khdairat asserted: “each year the Occupation forces residents to evacuate their homes in order to carry out military trainings, which comes at the same time of summer crops and sheep breeding, carrying out the trainings causes a failure at the season. The Military machineries destroy postures and crops, and leaves residents under the heat of the son and the danger of military trainings.”

The Khirbet is inhabited by number of Bedouin families, that according to the community head mount to 38 families (about 256 people), of which 18 families are permanent residents.

About two-third of the hamlet’s residents go back to Hroub family, that were forcedly displaced from their homes in the 1948 and found Ibziq hamlet as a refuge , and other families such as Al-Khdour , Jabareen , Nawaja’a, Sawafta , Mahadma refused to Ibziq searching for water and postures.