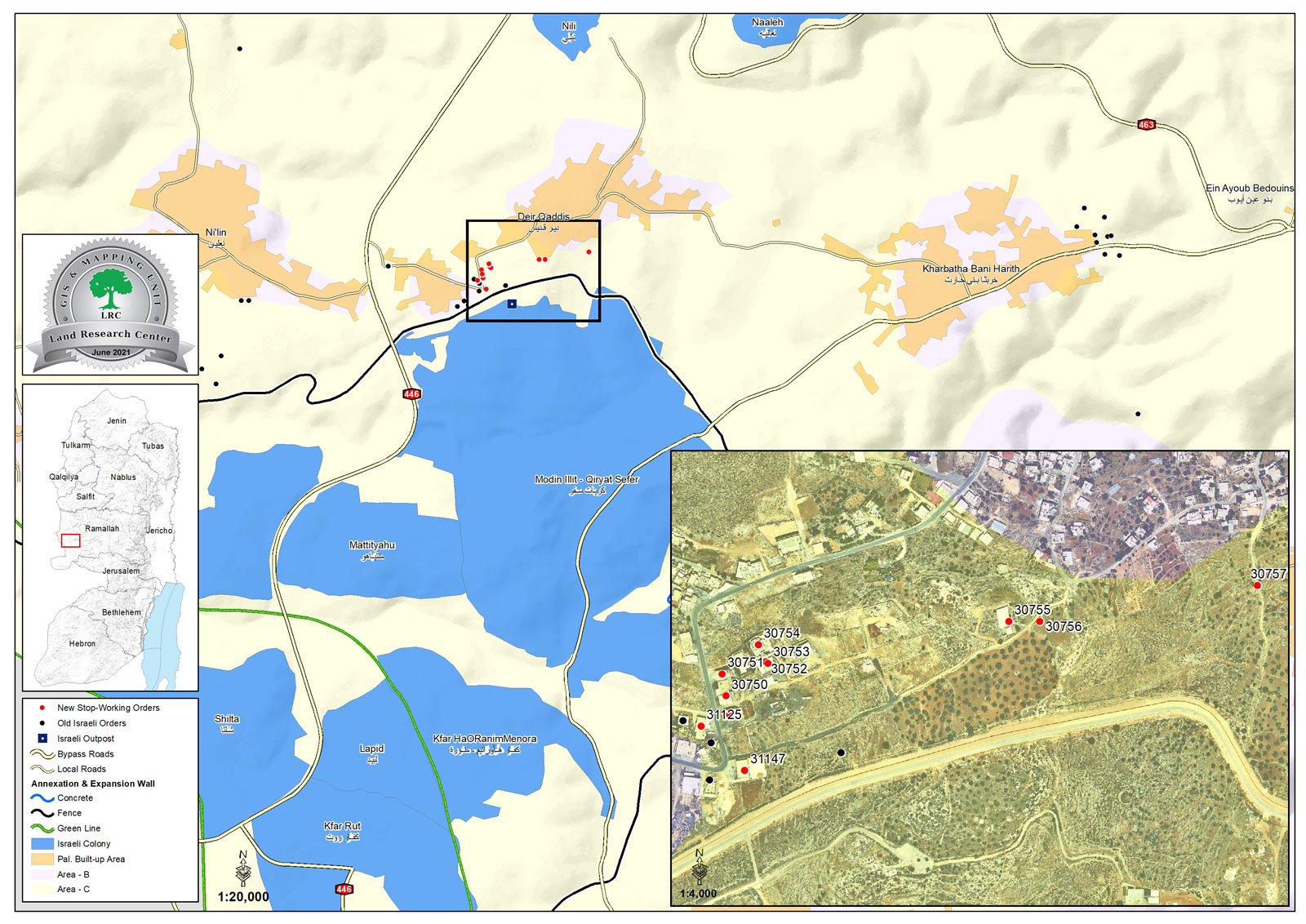 Perpetrators: The Building inspector at the Israeli Civil Administration.

Victims: 10 families living in the area.

Between March and April 2021 , the Israeli Occupation Authorities issued Halt of Work Notices for houses and Facilities at Al-Muhallel area west Deir Qaddis in Ramallah governorate on the pretext of building without a license.

During the past years, the occupation targeted many workshops and businesses at Al-Mhalel area. In numbers, about 44 facilities and businesses were demolished. the targeted businesses provide jobs for tens of families supporters, who lost their sources of income in such a difficult time.

Israeli built illegal colonies “Na’ale” and Nili on the northern area of the town, and “Kiryat Sefer” in the southern area.

The occupation grabbed 2989 dunums of Deir Qaddis lands for the following purposes:

Oslo conventions divided the land as the following: