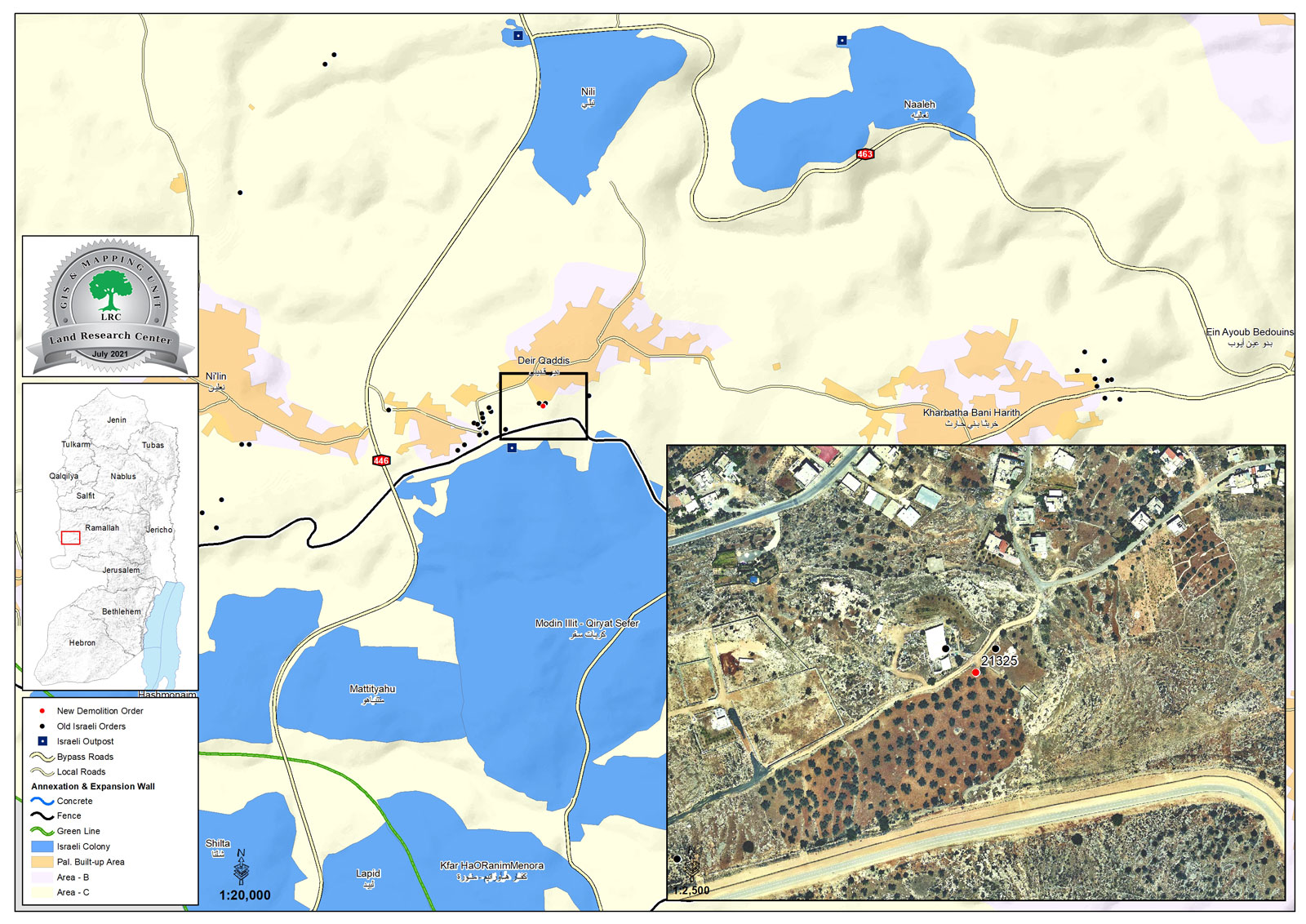 Tuesday, June 22nd 2021, The Israeli Occupation forces and the so-called Civil Administration raided Al-Mhalel neighborhood in Deir Qaddis village, and gave citizen Mohammed Staih a military order number (21325) to remove four under construction stores with a total area of 280 m2 on the pretext of building without a license.

The military order gave the owner 96 hours to remove the building and return the plot to its previous status.

Noteworthy, Ayman Staih (48) supports a family of 8, 6 of them are children. And he had started a business to provide a source of income for the family.

“I built the stores Six months ago, and I was hoping to build stores and a house for my family, but the occupation chases people of the village and imposes restrictions to facilitate demolishing houses and the conduction of forcible displacement.”

During the past two years the occupation destroyed number of businesses, which had bad effects on commercial traffic at the area. About 34 workshops were demolished, and a large number received demolition or halt-of-work notices for 15 residences.

One of the newest types of military orders, is military order 1797 issued in 2018, which targets under construction buildings, uninhabited buildings, or buildings inhabited for a period less than a month, this type of orders give only 96 hours before carrying out the demolition, it is almost impossible to file an objection against such military notices, and all petitions on them were refused.

Israeli built illegal colonies “Na’ale” and Nili on the northern area of the town, and “Kiryat Sefer” in the southern area.

The occupation grabbed 2989 dunums of Deir Qaddis lands for the following purposes:

Oslo conventions divided the land as the following:

The Contents of the publication are the sole responsibility of LRC Only, and can in noway be taken to reflect the views of the EU