Sunday April 4th 2021, a group of colonists imposed control over plain lands nearby Erez outpost, and sat up few tents as a key stone for a new outpost.

Noteworthy, the targeted lands are south Erez outpost , the lands are used in agricultural by people from Deir Dibwan (Sarma family) , and people from Mikhmas (Al-Hamed, As-Salem,Al-A’amar, Al-Abdullah families).

“The Occupation have been targeting the area for so long, and during the past ten years the occupation closed off the area several times and imposed access restrictions on farmers, while Israeli colonists were trying to take over the area for colonialist projects and activities.”

“Along with number of farmers from Mikhmas town we filed an objection to the civil administration, a year went by and there are no results, and now we are preparing the legal file to head to the supreme court to file objections against colonists illegal activities and procedure on our land.”

Neve Erez outpost was establishing in 2001 on Deir Dibwan lands south Ma’ale Mikhmas outpost with encouragement from Ariel Sharon colony. The outpost was built on uilt on private Palestinian lands on 65 dunums and inhabited by about 70 colonists.

“Ma’ale Mikhmas” colony encouraged the construction of random outposts in the eastern suburbs of Ramallah, and during the past three years two outposts were reported. 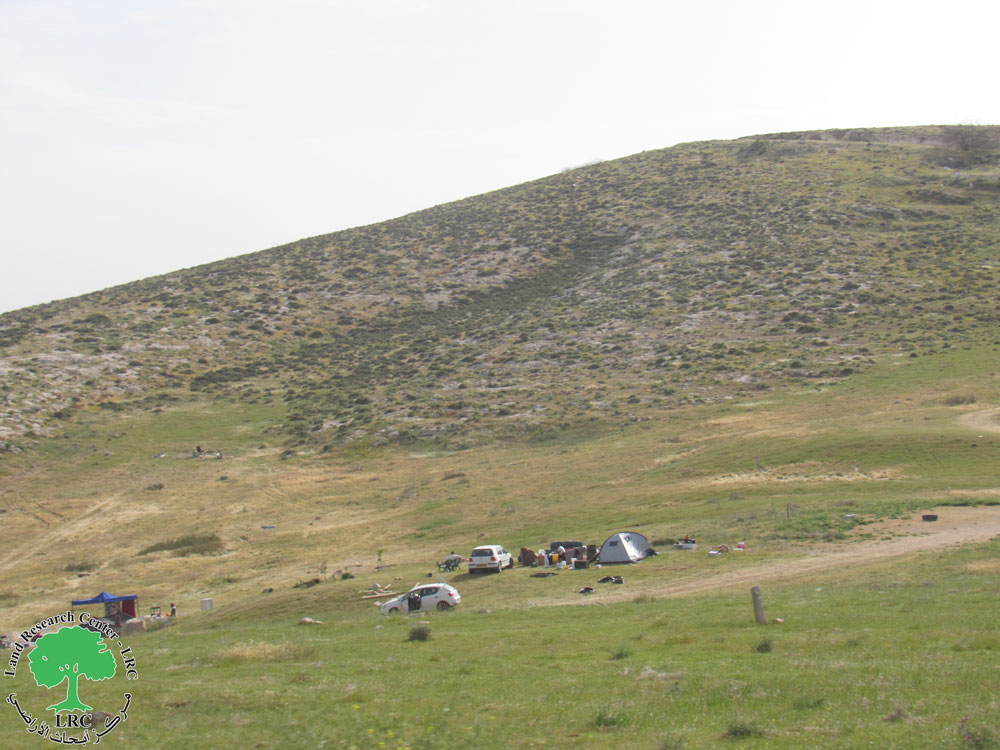 Photos 1: tents sat up by colonists 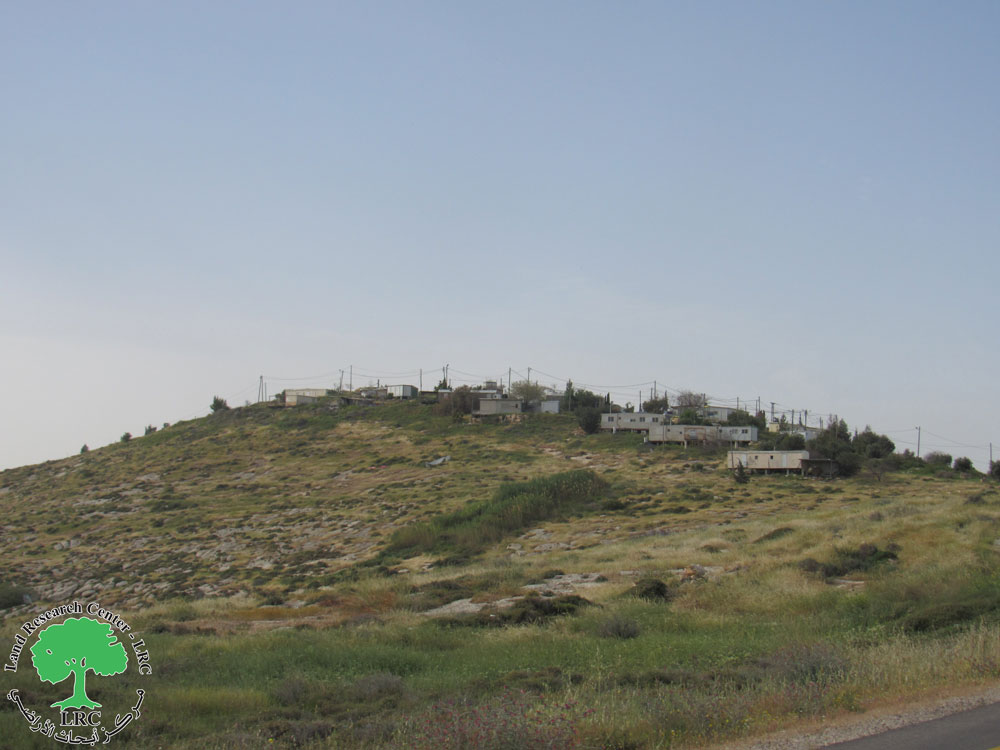 Deir Dibwan has a total population of 4169 people according to statistics conducted in 2017. It has a total area of 74,285 of which 1,789 dunums are a built-up area of the village.

The occupation devoured (4121) dunums for the following purposes:

According to Oslo conventions The areas are clarified in donums as following:

The Contents of the publication are the sole responsibility of LRC Only, and can in noway be taken to reflect the views of the EU