Violation: halt of Work and demolition notices for structures.

Victims: three families from the village.

Tuesday, July 27th 2021, a massive army force accompanied by the Civil Administration raided Al-Lubban Al-Gharbi north Ramallah, and a bulldozer demolished number of facilities on both sides of the bypass road. 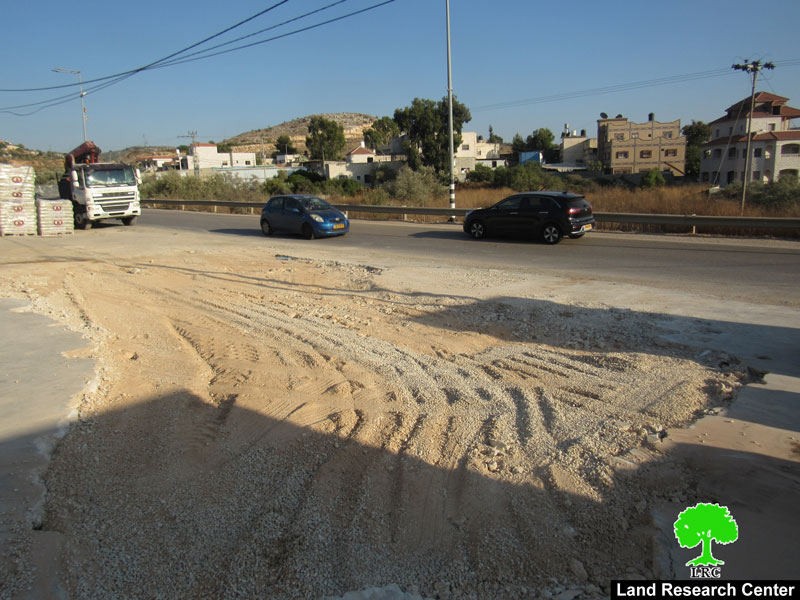 The Israeli Occupation Handed the victims a removal military order numbered (1797) . Noteworthy, in July 17th 2021 , the Occupation threatened to demolish the facilities within 96 hours after handing  the demolition order.

One of the victims Khalid Abu Salim (52) told LRC:

“The targeted facilities were built in 2001 , they are licensed despite being built in C area, I was shocked by the demolition operation implemented even though I did not add on the structures, rather I made some modifications to protect my family from the rain.”

Photos 8-9: The targeted shack and the military order

During the past few years, Land Research Center Documented the demolition of more than 14 residential and agricultural facilities in Al-Lubban Al-Gharbi , the Israeli Occupation continues its violations in every possible way.

The occupation confiscated (2369) dunums for the following:

Israeli settlements devoured about (1126) dunums as the following:

According to Oslo accords the village lands are divided as the following:

Land Research Center LRC sees that demolitions contradict with all of the International conventions and Humanitarian laws including: