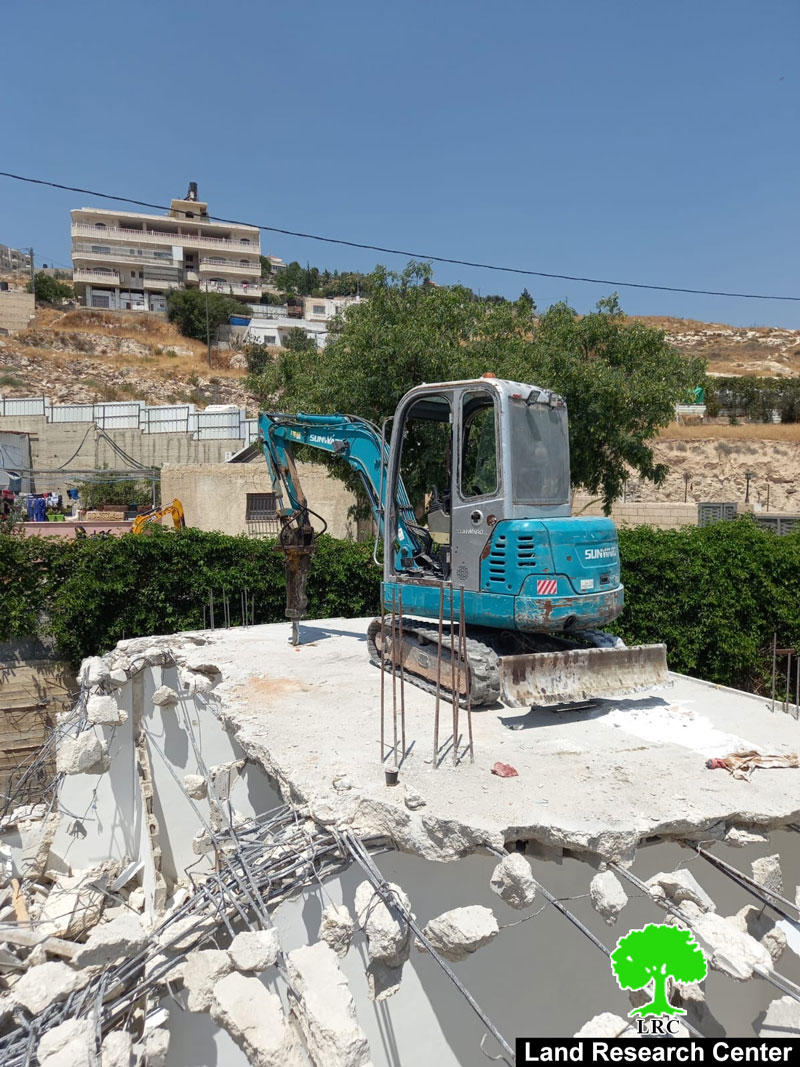 Thursday, July 29th 2021, the three families were forced to demolish the building (180 m2). one floor and consists of three apartments built in March 2021, and inhabited by three families from Ad-Dajani:

The families had to demolish their own houses, or otherwise the occupation municipality will carry out the demolition and make them pay the costs that may reach 10 thousand of shekels. However, In Thursday, a bulldozer was rented to implement the demolition.

At-Tur is one of Jerusalem’s oldest villages, it is located about 3 km to the east of Jerusalem city , At-Tur is bordered by As-Suwana and Al-Isawiya (north) , Jerusalem city – the old city (west), Az-Zayyem (east) and (Ash-Shayah) south , At-Tur has a population of 35,000 people (2017) .