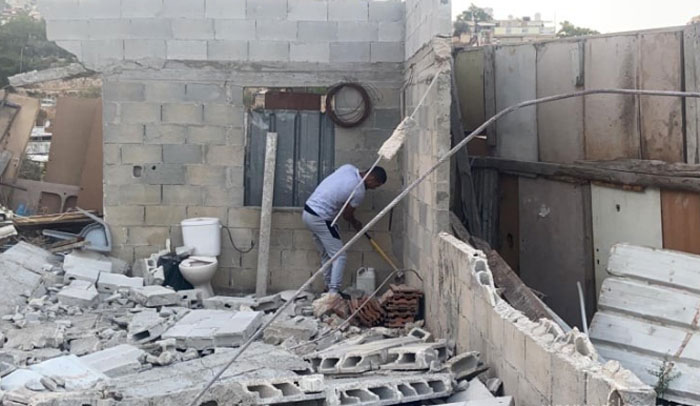 Sunday, June 27th 2021, Citizen Mohammed Sayam from Wad Hilweh in Sailwan to demolish a store south Al-Aqsa Mosque on the pretext of building without a license.

Noteworthy, the store was built of only bricks 20 years ago, and was being used as a store, the family tried to freeze the order and delay the demolition but in vain. In the end, The Occupation municipality issued a final demolition order, so the owner had to carry out the demolition himself to avoid paying the high fine which may mount to tens thousands of Shekels.

Sunday morning, Mohammed demolished the structure, in compliance with the occupation’s municipality decision.

“At the time the Occupation municipality demolishes our structures and prohibits construction and expansion for Palestinians, Israeli illegal colonists are taking over Palestinian ancient buildings on one hand and constructing new structures on the other, without any sort of inconveniences from the Israeli government.”