Perpetrators: The building Inspector at the Israeli Civil Administration.

Noteworthy, the so called antiquities inspector at the Israeli Civil Administration served two notices number (826, 827) in September 12th 2021, the notices include demolition orders for the school on the pretext of assaulting Antiquities, the so-called antiquities officer gave the owner 30 days to remove the school.

The School Consists of four classrooms built of basic materials like bricks and zinc (40 m2), a playground with a total area of 100 m , building was constructed late August 2020 , and contains 50 students  (from first to sixth grade) , from marginalized areas like Hamamat Al-Malih, Al-Maita, Al-Burj, ‘Ein Al-Hilweh and Umm Aj-Jammal , the school was constructed with the supervision of Colonization and Wall Resistance Commission with funding from GVC on Lands that belong to the Latin Patriarch.

Photos 1-3: the remaining parts of the school

Photo 4: Locations of the school after the Confiscation 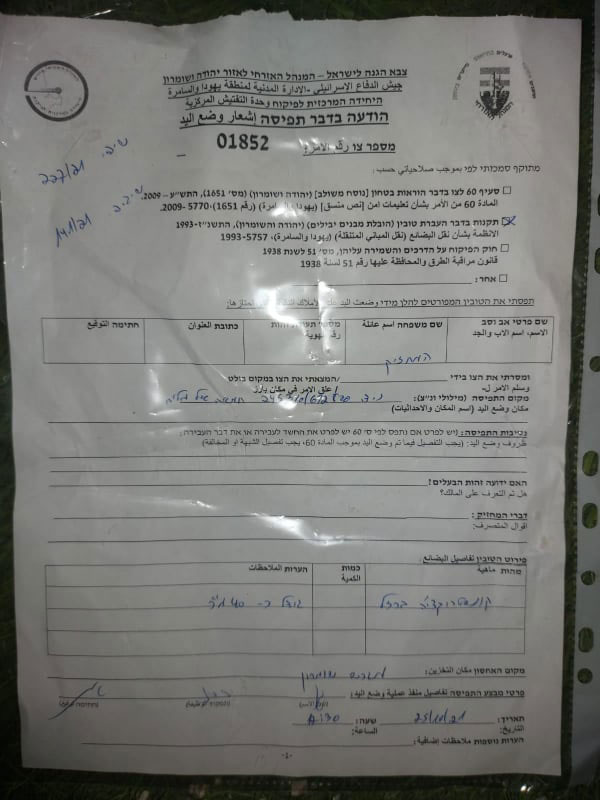 During the Past Years, the Israeli occupation targeted most schools in isolated rural areas; also known as At-Tahahdi Shool (Challenge) built in 25 marginalized locations. The Israeli Occupation is depriving Palestinian Children from their right to education and living in dignity.

However, the Israeli Occupation ignores all International Conventions and agreements, and takes measurements that deprive Palestinian Children in C area from their right to get proper education.

This Publication has been produced with the assistance of the EUThe Contents of this publication are the sole responsibility of the individual organization only , and can in no way be taken to reflect the views of the EU