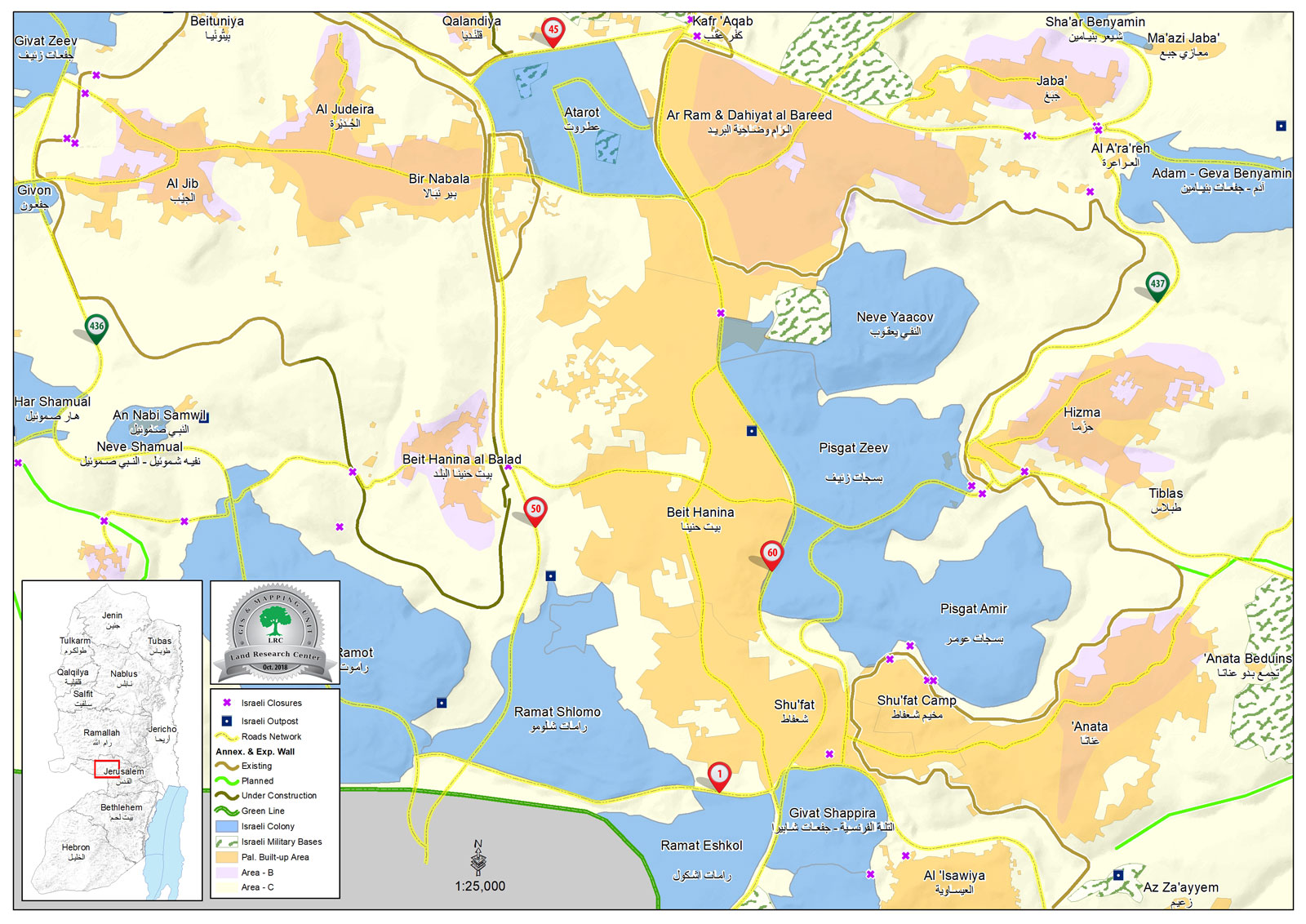 Reportedly,  The Occupation forces raided the location, and ordered the families to remove properties at the location , noting that the family lives on a plot with a total area of 3.5 dunums , that contains stores and containers on a 200 m2 area.

The Occupation authorities gave the families two hours to evict the plot, one of them headed to the Israeli Supreme court to submit a petition to prevent the eviction , but in vain.

Majid ‘Uwaidah also said that the plot belongs to the Palestinian Housing Council, that was bought in 2004, and was shocked of reports issued by the Israeli Property Custodian ordering the owner to evict the plot.

The So-called Israeli Governmental properties Custodian claims to own tens of dunums in Beit Hanina town, and threatens to evict it and demolish newly constructed facilities, then pass the properties to Jewish colonists.

Apartheid wall took over 50 dunums and has a length of (987) meters.

Demolishing Palestinian structures is a violation of international law:

Article 32 of Hague convention 1907 part g: To destroy or seize the enemy’s property, unless such destruction or seizure be imperatively demanded by the necessities of war.