Victims: a number of farmers in the village.

On Sunday, April 22nd , 2022, the colonists of "Kerem Muttabebi", adjacent to the colony of "Kokhab Hashehir" brought their cattle to pasture in private Palestinian fields on mount Al-Shorfa which is located east of Deir Jarir village, northeast of Ramallah. The target site is less than 5 kilometers away from the homes of the village.

It must be noted that colonists deliberately released their sheep in the olive, grape and almond fields in that particular area, which caused direct damage to the trees. They, also stole the agricultural tools inside the fields.

In an interview with LRC field worker, Mr.  Abdel-Dayem Mohamed Ajaj, who is one of the victims, said the following:

"We permanently and directly suffer from the colonists' aggressions on our agricultural lands the  last of which was carried out on April 3rd, 2022 when our trees were affected by overgrazing by the flocks of those colonists. We have directly submitted a number of complaints to the occupation police, but to no avail yet".

According to field reports from our staff the target area area has important geographical and strategic location, as it is a link to connect a number of villages in the western Ramallah governorate, and also overlooks Jabal Al-Asour, the second highest mountain in the West Bank. During the year 2020, Illegal israeli colonists tried to establish a colonial outpost in that area by setting up a group of residential tents in addition to closing roads and banning farmers from entering and leaving the area.

Pictures 1-2: Pictures of the targeted site 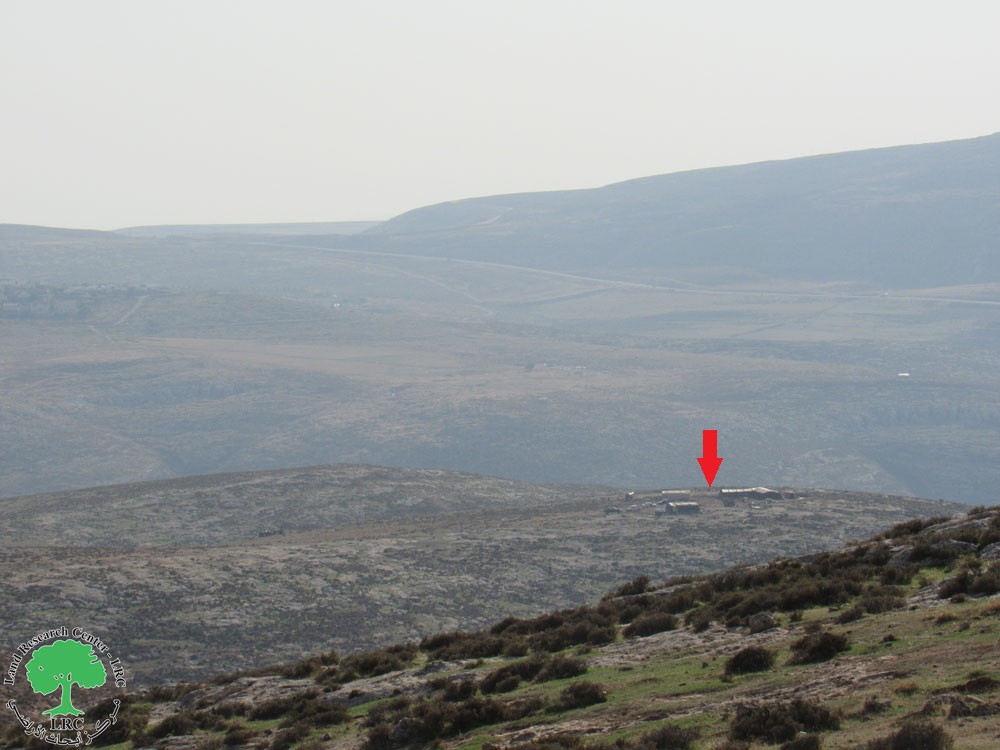 Picture 3: View of the Colonial outpost

The Israeli occupation confiscated 2482 dunums of the village for the benefit of:

Kokhav Hashahar colony that devoured 1358 dunums of the village lands. It was built in 1977 and is inhabited by 1367 colonists.

According to Oslo Accords, about 4906 dunums of Deir Jarir land are under Area B (PA is in charge of civil matters with Israel responsible for security) and 28426 dunums are under Area C (Israel maintains full security and administrative control).