Violation: Declaring a new natural reserve area where only Palestinian are not allowed to access , while Israelis are free to do what they want.

Victims: Palestinians living in the area.

The targeted area is located between several Israeli colonies such as (Almog , north the Dead Sea , Lido Yehuda, Aterketsia , Kalia) , and travels to An-Nabi Musa area to Al-Khan Al-Ahmar and Ma’ali Adumim.

Noteworthy, about 5280 dunums of the targeted lands are Palestinian private properties, belong to Palestinian citizens and families which is proved by legal documents.

The Israeli Occupation government issued orders to impose control over vast and significant Palestinian lands, the location of the targeted lands is between Jerusalem and Jericho, and the main purpose is to restrict Palestinian construction and land use, which is usually followed by a spread of Israeli forces in the area to prohibit Palestinian herders and farmers from accessing the lands, to keep it as a reserve for future colonial expansion for the surrounding settlements. 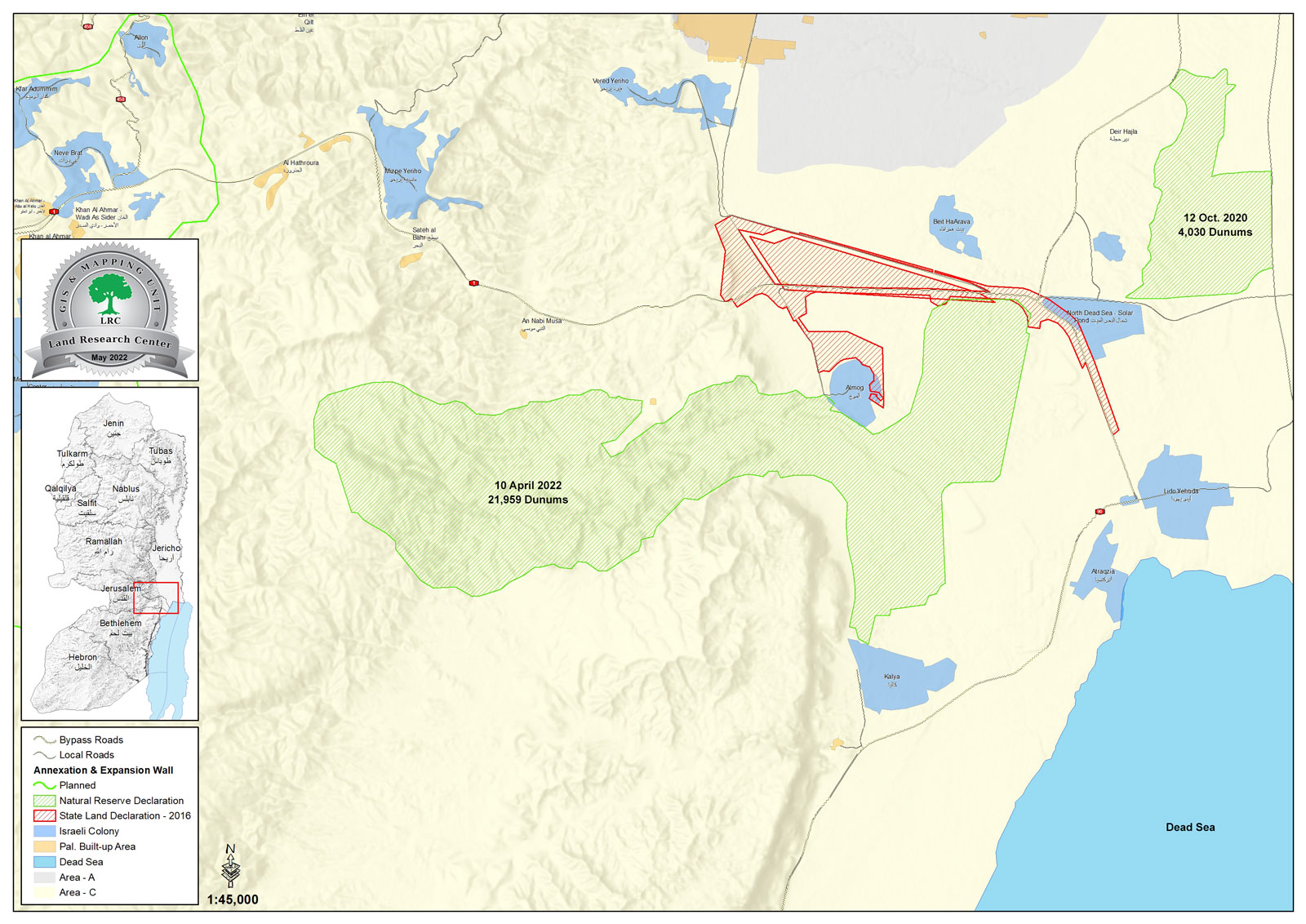 Israeli illegal colonists had already started two illegal outposts between 2016-2018 , while on the other hand the occupation imposed restrictions on Bedouins at the area to make sure that they won’t build and new structures.

The Israeli occupation currently imposed a number of restrictions that aim to empty the area from its indigenous residents , while facilitate the settlements of large numbered of immigrant Israeli settlers. Among the most recent orders are the following: